Ash Barty and Alex de Minaur are aiming for a place in the third round of the US Open when they play on Wednesday at Flushing Meadows. 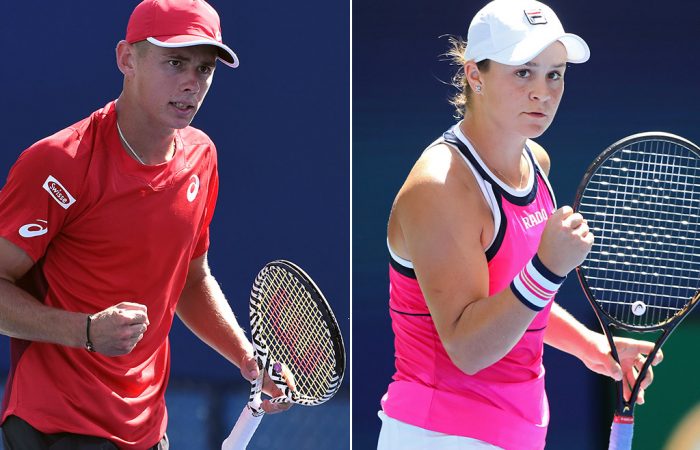 Ash Barty and Alex de Minaur continue their US Open campaigns on Wednesday when they play their second-round matches.

“Lauren’s obviously one of the tougher challenges, playing an American in the US Open,” the second seed said.

“She’s been on a little bit of a heater over the past couple of months and had some good wins and coming back to some of her best stuff.

“It’s a match that we will prepare as best as we can for tomorrow and then Wednesday we’ll be ready to go.”

De Minaur may be fresher for their second-round match than Garin, who was extended to five sets in his opening-round win against American Christopher Eubanks.

De Minaur’s next match on Wednesday is against Chilean 31st seed Cristian Garin, who needed five sets to get past American wildcard Chris Eubanks.

“I’m happy to get through my first round and it’s going to be another incredibly tough match. But I’m feeling good, the body’s feeling good and I’m just pumped to be here.”