Australians Lizette Cabrera, Jaimee Fourlis and Priscilla Hon each stand just one win away from the US Open main draw. 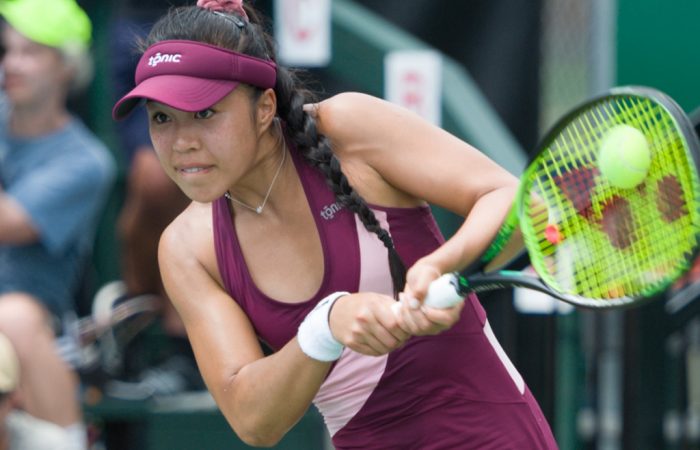 Australian trio Lizette Cabrera, Jaimee Fourlis and Priscilla Hon are on the brink of qualifying for the US Open after second-round wins at Flushing Meadows on Wednesday.

And on Thursday, three more Aussies — Ellen Perez, Zoe Hives and Akira Santillan — will attempt to emulate them when they play their second-round qualifying matches in New York.

Cabrera was the first to progress, winning an all-Aussie clash against Maddison Inglis to set up a meeting with No.1 seed Elena Rybakina, who accounted for another Australian, Arina Rodionova, 6-2 6-1 in the second round.

The 6-3 6-0 victory over Inglis is the continuation of a rich vein of form for the 21-year-old Queenslander, who has won 11 of her past 14 matches on North American hard courts — including the biggest title of her career at the recent ITF 80K event in Granby, Canada.

Fourlis then joined Cabrera in the final round of qualifying with a gritty 7-6(3) 7-6(1) triumph over 21st seed Ludmilla Samsonova, a player ranked more than 100 places higher than the Victorian and who had beaten Fourlis just a few weeks ago at the WTA tournament in Palermo.

Fourlis, currently ranked No.252, reached this stage of US Open qualifying last year and will be hoping to go one better when she takes on Slovak Jana Cepelova, a former world No.50.

Hon later advanced to the final round with a come-from-behind victory against Germany’s Katharina Hobgarski.

The 5-7 6-4 6-2 win sent the 25th-seeded Hon beyond the second round of a Grand Slam qualifying event for just the second time — the other being Australian Open 2018 — and through to a clash with Czech Denisa Allertova.

This year alone, Hon has already won through the qualifying rounds and into the main draw at four WTA tournaments; Sydney, Hua Hin, Indian Wells and ‘s-Hertogenbosch.

Hon, Fourlis and Cabrera are all attempting to qualify for the main draw at a Grand Slam tournament for the first time.