Ash Barty ‘most searched Aussie by Aussies’ in 2019

Amid a breakthrough season during which she won her first Grand Slam singles title and rose to world No.1, Ash Barty is the 'most searched Aussie by Aussies' on Google. 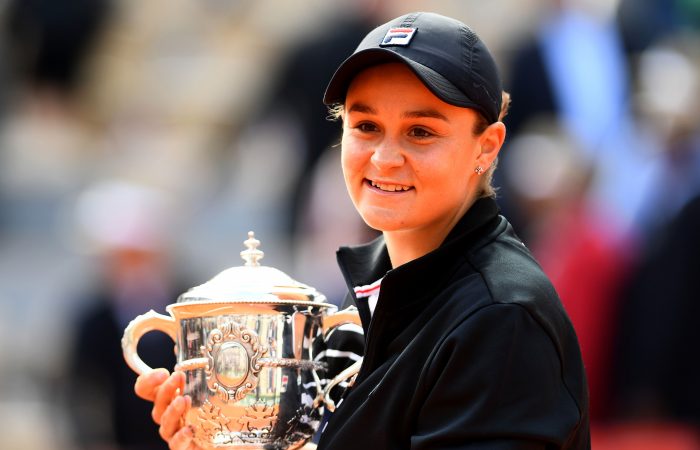 Ash Barty was the ‘most searched Aussie by Aussies this year’, Google revealed on Tuesday at the launch of its Great Sporting Land, a new interactive online project by Google Arts & Culture.

“We are delighted, but not surprised, to hear that Ash Barty is the ‘most searched Aussie by Aussies this year’ on Google,” Tennis Australia’s CEO Craig Tiley said of yet another first for the humble champion.

“Ash has had an extraordinary year, breaking through to win at the French Open and achieve the world No.1 ranking. It’s been a phenomenal journey for her, and I believe the way she’s handled herself on the world stage, with typical humility and grace, has endeared her to not just the Australian public, but sports fans around the world.

“It’s great to be able to include Ash, and the tremendous achievements of both our current Fed Cup team, many past players and legends of the sport, as part of the tennis content in the Great Sporting Land project by Google Arts & Culture.”

Tennis Australia has collaborated with Google to bring to life more than 100 tennis stories as part of the Great Sporting Land project.

The first dedicated celebration of sport on Google Arts & Culture includes videos, 360 Street Views tours, photos, scanned images and features on the tales and traditions, and the larrikins and legends, of our great sporting nation.

Australian tennis legends, the Australian Tennis Hall of Fame, a history of the Australian Open — dubbed ‘The Happy Slam’ by Roger Federer — and Evonne Goolagong Cawley’s inspiring story from the bush in NSW to the centre courts of Wimbledon, Paris and New York, plus the birth of the first Indigenous Tennis Carnival, are all presented as part of the compelling storytelling on the platform.

The compilation also showcases the leading women of Australian tennis, beginning with the trailblazers in the fight for equal prize money and recognition in professional sport, right through to Barty, the nation’s current No.1 player and most recent Grand Slam champion.