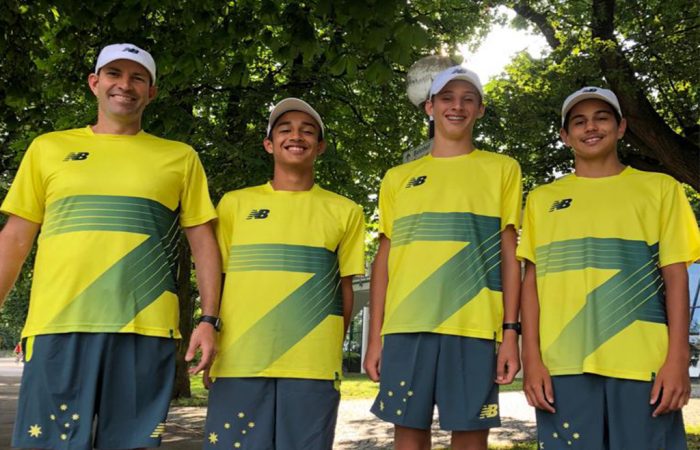 The competition format has started with a round-robin stage with the respective top two nations from each pool to be selected for the knock out quarterfinals before the World Junior Tennis champion is determined.

“Players and teams are also given a chance to travel internationally, giving them more of a taste of what it’s like to be a professional player travelling on the tour. It’s a great opportunity for players to build relationships with their tennis peers who I’m sure they will see for years to come.”

The team worked hard in preparation for the event, completing a three-week stint in Europe competing in Netherlands and Germany.