Cheryl Jenkins has been appointed Chief Umpire of the Australian Open. 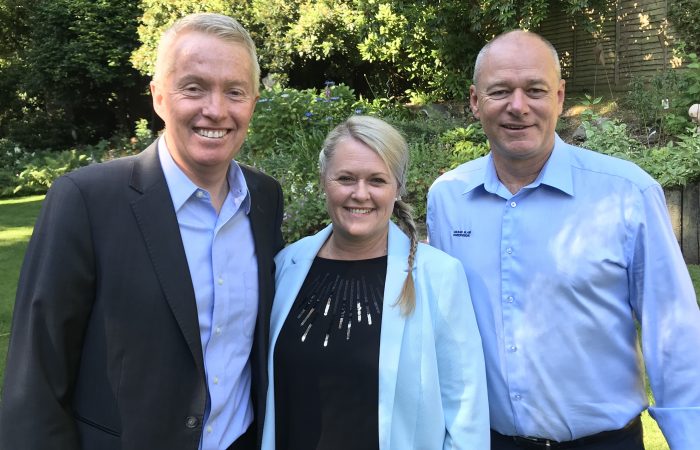 Brian Grace will retire from the top job after many years of service, moving into a consulting role to ensure a seamless transition.

Mrs Jenkins’ 27 years of officiating experience includes 25 years as a member of the Australian Open officiating team and 10 years as part of the tournament’s Chief Umpire team. Jenkins has been the Chief Umpire for WTA events including the Brisbane International and Tianjin Open, as well as Davis and Fed Cup ties. She has also officiated at the Olympics in Sydney and Beijing, the Commonwealth Games in Delhi and at Roland Garros, Wimbledon and the US Open.

She first started in tennis as a ballkid before becoming an ITF Bronze Badge Chair Umpire and a travelling line umpire.

Overseeing a team of 400 international and Australian officials, Jenkins will be responsible for the umpiring operations at the Australian Open.

“I’m very honoured and privileged to fill the shoes of Brian and step into the role of Australian Open Chief Umpire,” Jenkins said.

“Never in my wildest dreams as a ballkid running around the courts at the old Milton stadium did I ever consider being a Chief Umpire, let alone being the Chief at the Australian Open.

“As a ballkid watching the umpires, my goal was to be a travelling umpire like Donna Kelso. She is someone who certainly inspired me to get involved in officiating and someone I’m lucky to call a friend.

“Officiating has without a doubt had a great impact on my life. From something that started out as a hobby, following my Dad and brothers in officiating, to where I am today working in a sport that has given me so many wonderful memories with so many more to come,” Jenkins added.

“Cheryl has been working in our team for a decade and has 27 years’ experience as a tournament official. We couldn’t think of a better person for the role.

“We look forward to working with her and the team to ensure our tournament continues to run smoothly.”

Brian Grace, who has officiated at 35 Australian Open’s is happy to see Jenkins move into this position.

“I am delighted Tennis Australia has appointed Cheryl to the position of Chief of Officials for AO 2020. I have worked closely with Cheryl for more than ten years and have seen her develop into an excellent chief,” Grace said.

“Cheryl is loyal, hardworking and a detail-oriented person, all key qualities required for the role. Cheryl will continue to enjoy my full support and I commend Tennis Australia on their decision.”