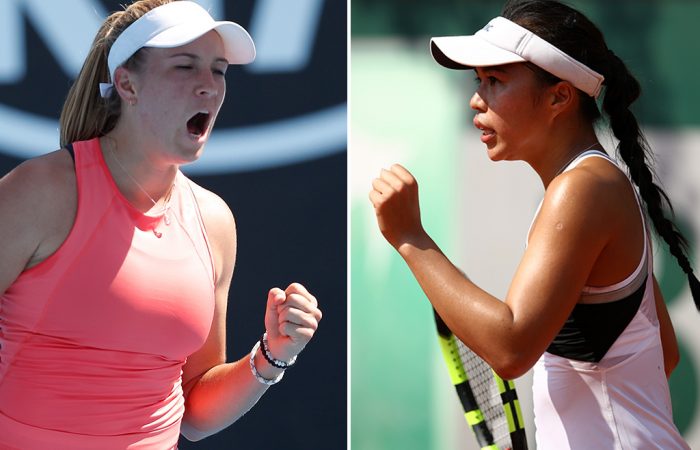 The rankings of Australian women Ellen Perez and Lizette Cabrera are set to surge after the duo won big ITF titles on North American hard courts at the weekend.

Perez overcame Zoe Hives in an all-Australian final at the ITF 60K tournament in Ashland, Kentucky, winning after Hives retired when trailing 6-2 3-2, suffering heat exhaustion and a shoulder injury.

Lizette Cabrera has claimed the @ChallengeGranby title with a huge 6-1, 6-4 victory over in form Canadian teenager Leylah Annie Fernandez! 🔥

It is by far the biggest singles title of Cabrera’s career and her first in three years; the 21-year-old Queenslander’s last tournament victories came at 25K Australian Pro Tour events in 2016 at Tweed Heads and Brisbane.

Impressively, Cabrera was able to turn her form around after arriving at the tournament on a four-match losing streak, dropping just one set in five matches in Granby.

She is projected to rise 71 places when the new rankings are released, making her top-200 return at No.195. This means she is now inside the ranking cut-off for the US Open qualifying draw.

Perez, too, is set to enjoy a significant rankings boost, expected to jump 34 places to set a new career-high ranking of 163rd.

Like Cabrera, Perez’s victory in Ashland marks the biggest singles title of her career; her previous title came at an ITF 10K tournament in Brussels in 2016.

Since then she reached seven ITF singles finals — including five in 2018 — before finally breaking through for victory in Ashland.

Despite the loss in the final, it was also an impressive week for Hives, who came to Ashland on a four-match losing streak before winning four straight matches on the Kentucky hard courts.

She is projected to vault 23 places to a new career-high ranking of No.177.