Thirty-nine elite girls’ and boys’ teams will compete for the 2019 Australian Teams Championships in Carrara. 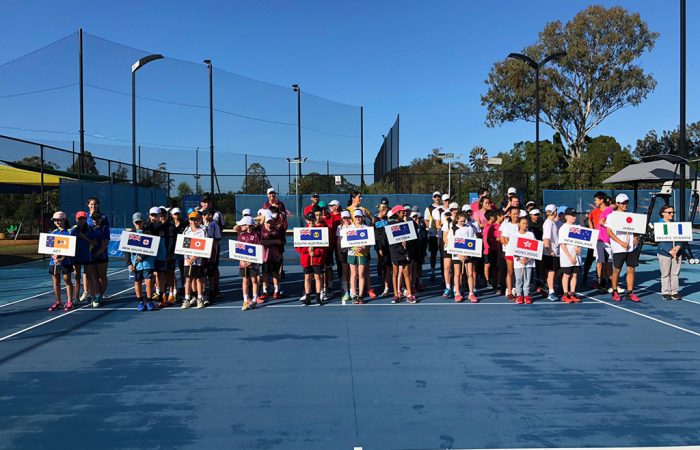 More than 100 of the best 11/u and 13/u junior tennis players from Australia and Asia Pacific will arrive on the Gold Coast this week to compete in the 2019 Australian Teams Championships.

The event has been a launch pad for some of Australia’s top players, with new world No.1 Ashleigh Barty and Australia’s top ranked male Alex de Minaur both competing in the Teams Championships on their journey to professional tennis.

“Tennis Australia is excited to bring the Australian Teams Championships to Queensland where our best 11/u and 13/u athletes from each Australian state and territory will compete,” Tournament Director Francis Soyer said.

“It is also exciting to host international teams from Japan, Hong Kong, New Zealand and Pacific Oceania, and to give our Australian athletes the opportunity to test their skills against some of the best players from Asia and Oceania.

“The Teams event offers a unique opportunity for tennis players to compete in a team, which is something they rarely get the opportunity to do.

“The event has been repositioned from the December Showdown event in Melbourne to give it a greater focus within the tournament calendar. As organisers, we are excited to partner with KDV Sport to deliver the event for the first time on the Gold Coast and I know all team managers and athletes are looking forward to the new event structure and social activities we have planned.”

The Australian Teams Championships will be played as the sport enjoys a spike in profile following Ash Barty’s rise to the top of the world rankings and winning her maiden Grand Slam singles title at the French Open Championships.

“The performance of all of our Queenslanders on the international stage has certainly created a lot of excitement within the state, so for Queensland to be chosen to host the best 11/u and 13/u players to compete at the Australian Team Championships is perfect timing for us,” Tennis Queensland CEO Mark Handleysaid.

“We wish all of the players well and in particular the Queensland teams whom we know will compete hard and fair throughout the tournament.”