Bernard Tomic joins fellow Australian Jordan Thompson in the quarterfinals at the ATP tournament in Antalya. 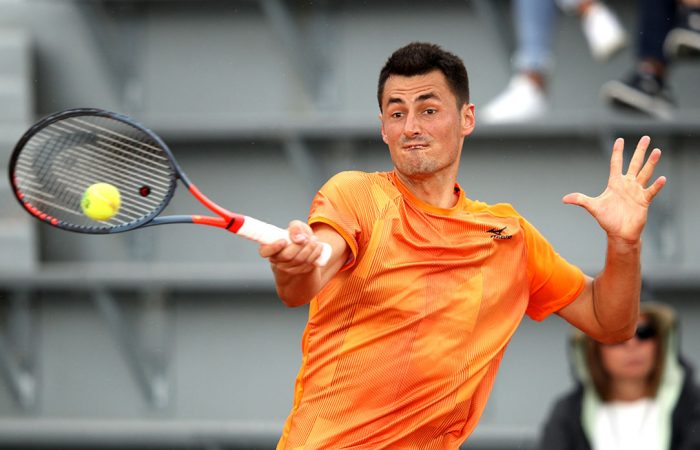 Bernard Tomic is rediscovering his form on the eve of Wimbledon.

The 26-year-old Australian advanced to his first ATP quarterfinal of the season in the grasscourt event in Antalya. Tomic hit 11 aces in a 7-6(3) 6-3 win over German Peter Gojowczyk.

Tomic, who reached the Wimbledon quarterfinals as an 18-year-old in 2011 and has advanced to the second week three times at the All England Club, faces Spain’s Pablo Carreno Busta in the quarterfinals.

Fourth seed Carreno Busta is a former world No.10, but has slipped to No.59 in the rankings. After a first-round bye, his second-round win over German qualifier Kevin Krawietz was his the first main-draw win on grass of his career.

Tomic, who last reached an ATP quarterfinal during his title-winning run in Chengdu in September last year, joins fellow Australian Jordan Thompson in the final eight.

Third seed Thompson, who is currently ranked a career-high No.45, faces defending champion Damir Dzumhur in the quarterfinals. It will be Thompson’s first meeting against the No.63-ranked Bosnian.