Jordan Thompson continues his impressive form on grass with a straight-sets win over Bradley Klahn on Tuesday in Antalya. 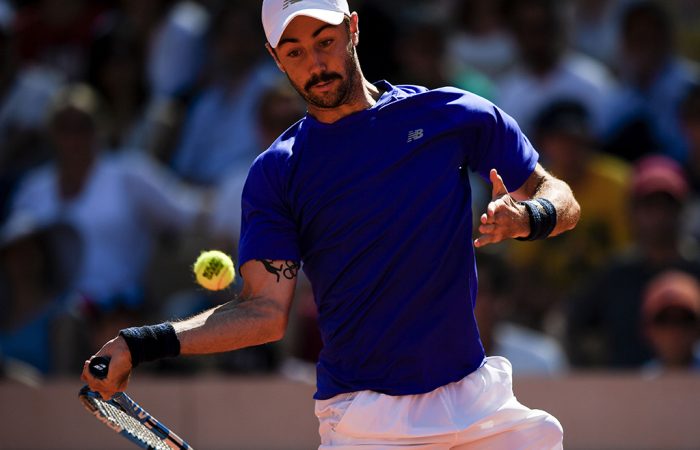 Jordan Thompson on Tuesday won his fifth grasscourt match from six outings to reach the quarterfinals of the ATP Antalya Open.

The Australian defeated Bradley Klahn 7-6(7) 6-3 to set up a meeting with Damir Dzumhur, the fifth seed who beat Turkey’s Altug Celikbilek in three sets.

Thompson is seeded third and received a first-round bye.

He arrived in Antalya after reaching the final of the grasscourt tournament in ‘s-Hertogenbosch in the week after the French Open.

He has won seven of his past nine matches – a run that includes a third-round finish in Paris – and sits at a career-high ranking of No.45.

Against Klahn, Thompson required five set points in the opening-set tiebreak before a more comfortable finish in the second set, winning 83 per cent of first-serve points and not dropping serve the entire match.

Fellow Australian Bernard Tomic will look to join Thompson in the quarterfinals when he takes on Germany’s Peter Gojowczyk on Wednesday.