Tennis the big winner at Pride in Sport Awards

Tennis is recognised with three awards at the annual Pride in Sport Awards in Melbourne. 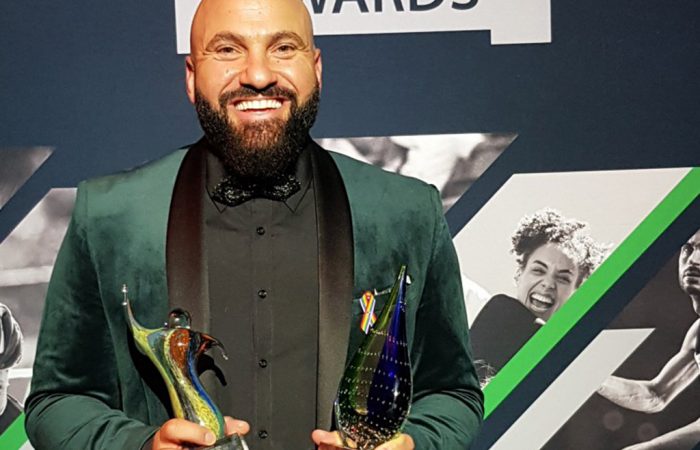 The sport of tennis won three awards at the annual Pride in Sport Awards, recognising the organisation’s work in the LGBTI inclusion space.

Tennis Australia took out the Highest Ranking Overall Award alongside Melbourne University Sport, with both organisations scoring the highest on the Pride in Sport Index.

The Pride in Sport Index is an initiative by the Australian Human Rights Commission and Sport Australia, and is used as a benchmark to asses sporting organisations and their inclusivity within LGBTI communities.

“Diversity and inclusion have always been priorities for us at Tennis Australia and we are so pleased the hard work from so many in our community has been recognised at the Australian Pride in Sport Awards,” Tennis Australia CEO Craig Tiley said.

“Promoting our sport as being accepting of all is incredibly important to us, and for this to be acknowledged with the highest ranking award, in our first year of working with the Pride in Sport Index, is very rewarding.”

It was a huge night for tennis at the awards, with the Loton Park Tennis Club in Perth taking out the Small LGBTI Club Award.

“Tennis is an amazing sport, and I want to thank Tennis West which is our governing body in WA who are very supportive,” Boutoubia said.

“I would also like to thank Tennis Australia who drive a huge inclusive and diversity program for us.”

Tennis Australia’s Glam Slam, an international LGBTI tournament which takes place at Melbourne Park during the second week of the Australian Open, was nominated in the LGBTI Inclusion Initiative Award category, with the Sydney Stingers Water Polo Club taking out the award.

The special guest and keynote interview was with Matt Cecchin, the first out NRL referee.