Barty one win away from Grand Slam glory

Ashleigh Barty will become Australia's first French Open winner in 46 years ago if she beats Marketa Vondrousova on Saturday. 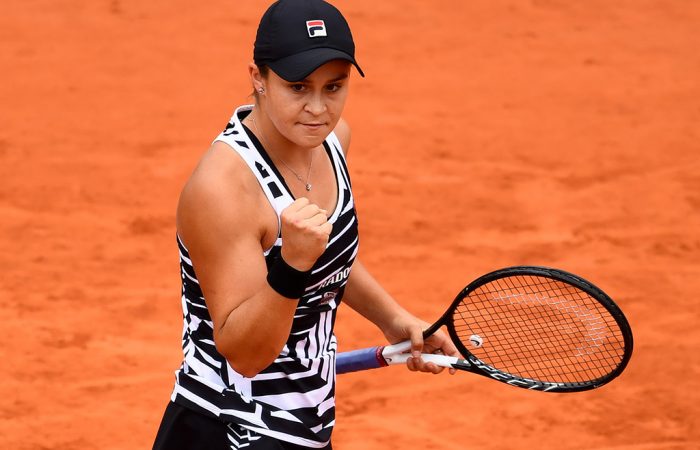 After snatching victory from the jaws of defeat in her French Open semifinal, Ashleigh Barty insists she is primed to win her maiden Grand Slam.

The world No.8 will rise to No.2 if she beats unseeded Czech Marketa Vondrousova, having survived a tough semi-final against American teen sensation Amanda Anisimova.

The final is scheduled to get under way not before 11:00pm AEST on Saturday.

It’s almost three years since Barty came back to tennis after an 18-month sabbatical when she played cricket in the WBBL for Brisbane Heat.

Her run to the final caps off an astonishing rise from No.623 in the world upon her return in 2016, to the cusp of being crowned the new queen of clay.

“It’s amazing. It’s been an incredible journey the last three years,” she said.

‘I’m just so proud of myself the way we were able to go out there and handle it today. All things considered, we’re in a pretty amazing place now.”

Barty survived a first set meltdown against Anisimova as she surrendered a 5-0 lead and two set points before losing a tiebreak.

She then found herself 3-0 down in the second set and staring down the barrel of of a crushing defeat to a player who doesn’t turn 18 until August.

But showing huge grit and determination, the Ipswich native came from a break down in the second and third sets to set up the biggest match of her career.

“I’ve probably never done that to myself before … never been in that situation,” she said.

“But I was really happy the way I was able to respond at a set and three-love (down) and really turn the match on its head.

“I’m just so proud of myself the way we were able to go out there and handle it today. All things considered, we’re in a pretty amazing place now.”

After Wednesday’s schedule was washed out in Paris, Barty will play her third match in as many days in the final.

But she believes the momentum will serve her well against a player that’s enjoyed a breakout season of her own, reaching the last eight at Indian Wells and Rome and the final at Istanbul.

“I think maybe a bit of a blessing in disguise that we’re playing day after day after day, just to keep the momentum going and to keep kind of the same routines ticking over,” Barty said.

“Tyzz (coach Craig Tyzzer) and I and my whole team have worked so hard to try to get into these positions.

“Now that we’re here, it’s about enjoying it, embracing it, and having fun.”

Barty has comfortably seen off Vondrousova in their two previous encounters – on a hard court in Cincinnati and grass in Birmingham.

But given Sam Stosur had beaten Francesca Schiavone four times before losing to the Italian in the 2010 final, the Aussie knows that history counts for nothing.

“She’s had an amazing record throughout the whole year, and been very consistent,” Barty said.

“I think probably she is most comfortable on the clay courts as opposed to any other surface.

“She has so much variety in her game. She’s got the ability to move the ball around the court, moves exceptionally well.”