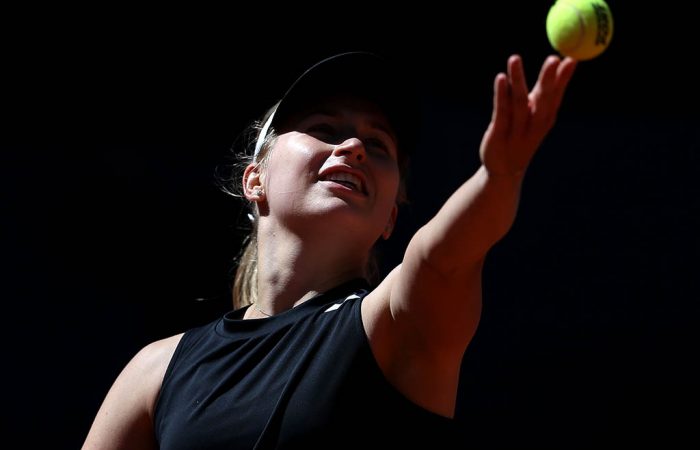 Daria Gavrilova will arrive in Paris feeling good about her game despite a disappointing quarterfinal exit in Strasbourg.

The world No.63 lost 6-3 7-6(1) to in-form French hope Chloe Paquet at the Strasbourg International on Thursday.

The loss came just a few hours before Gavrilova was drawn to play Aleksandra Krunic in the first round of the French Open, starting in Paris on Sunday.

Australia’s No.3 was the last of her countrywomen standing in the French event that she has favoured in recent years, along with fellow Aussies Samantha Stosur and Ash Barty.

There will be no final-four presence in Strasbourg this year though, with top seed Barty withdrawing from the event citing arm soreness before Stosur and Astra Sharma both fell in the round of 16.

Gavrilova has progressed to the doubles semifinals with countrywoman Ellen Perez and will take plenty of confidence to Paris.

“I feel like I’m on the right track even though I lost today,” she said.

“(Paquet) played too good on my break points – I think hit five aces . I don’t think I did anything wrong. She’s having one of her best weeks so it was really tough but I think I’m moving in the right direction.”

A huge win for @ChloePaquet as she books a place in her first WTA semifinal!

The home favorite securing the 6-3 7-6(1) victory over Gavrilova at @WTA_Strasbourg! pic.twitter.com/tCXYx3uw6i