Barty and Kyrgios out of Italian Open

Australian interest in singles ends as Ash Barty and Nick Kyrgios go out of the Italian Open. 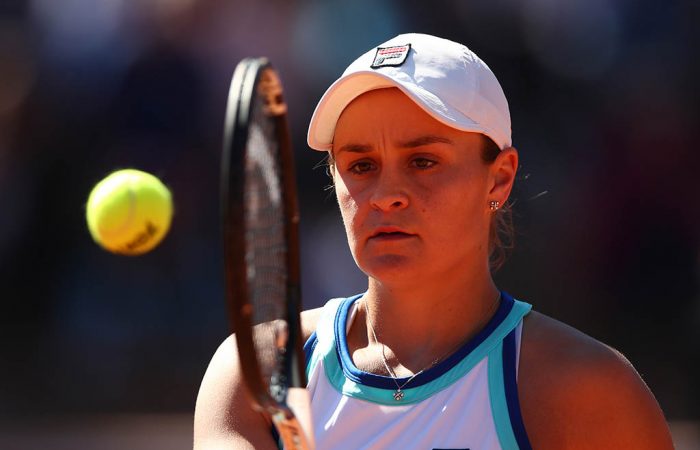 Australian No.1 Ash Barty saw her Italian Open hopes end with a straight-sets defeat by Kristina Mladenovic at the Italian Open on Thursday.

Heavy rain had washed out play on Wednesday, leaving some players facing two matches on Thursday.

Mladenovic broke the Barty serve four times and did not drop her own serve in an impressive display, having earlier knocked out the in-form Belinda Bencic on a busy day in Rome.

Barty fell 4-0 down in the first set and was broken at the start of the second as Mladenovic took a grip on the contest and refused to let go.

.@KikiMladenovic seals the win over Barty for her second victory of the day!

Takes it 6-2, 6-4 to book a place in the @InteBNLdItalia quarterfinal! pic.twitter.com/tfKKGTp3pD

The French qualifier came through a tough game to hold for 4-2 and went on to convert her first match point.

Barty  is still set to rise to a career-high ranking of No.8 in next week’s rankings having won 12 of her last 14 matches.

There was better news for the 23-year-old in doubles as she teamed up with Victoria Azarenka to beat Miyu Kato and fellow Aussie Jessica Moore 7-5 6-2.

Nick Kyrgios went out of the tournament when he was defaulted in the third set of his second-round match against Norway’s Casper Ruud.

Kyrgios trailed 6-3 6-7(5) 2-1 when he was docked a point for unsportsmanlike conduct, then penalised the game for the same offence, before throwing a chair across the court.