Former world No.1 and 2002 Wimbledon champion Lleyton Hewitt will take part in an exhibition event showcasing the new roof over Wimbledon's No.1 Court. 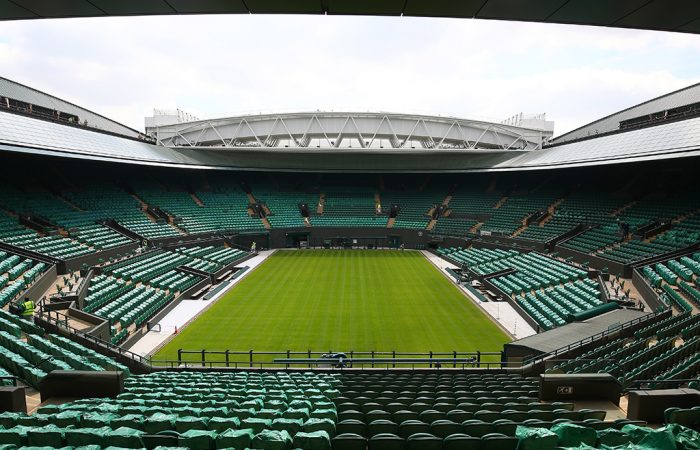 Australia’s Davis Cup captain Lleyton Hewitt is to help unveil the new-look No.1 Court at Wimbledon next month.

Hewitt, who won the 2002 championships, will join several former winners including John McEnroe, Goran Ivanisevic and Martina Navratilova in a test event for the court’s new roof on 19 May.

The £70m ($A129m) highly-complexed project, which also includes a new two-level public plaza, has been three years in the making and increases attendance on the show court to 12,345.

On Sunday 19 May, we will be holding The No.1 Court Celebration in support of the Wimbledon Foundation, supporting the Foundation's new fund for the homeless.

Some familiar faces will be joining us, with further prominent female and male players to be announced nearer the time. pic.twitter.com/PL98MELNwm

All England Lawn Tennis Club (AELTC) chairman Phillip Brook announced on Tuesday that prize money for the third Grand Slam of the year will rise to $A70 million – a jump of 11.8 per cent.

The winners of the men’s and women’s singles events will receive $A4.34 million – an increase of $A185,000. Prize money for qualifying and rounds one to three in the singles will rise by 10 per cent with $A83,000 the compensation for a first-round singles exit.

Other topics covered in the AELTC’s “spring press conference” was the introduction of final-set tiebreaks for the first time when the scores reach 12-all. “We feel 12-all is a good middle point,” said AELTC CEO Richard Lewis. “It can produce an exciting finish, but can’t run very late.”

Brook also confirmed the shot clock system in place at the Australian and US Opens to generate faster service play will be introduced in 2020.