Kaylah McPhee is the latest Australian woman to crack the world's top 250 after a semifinal run at a WTA 125K event in China. 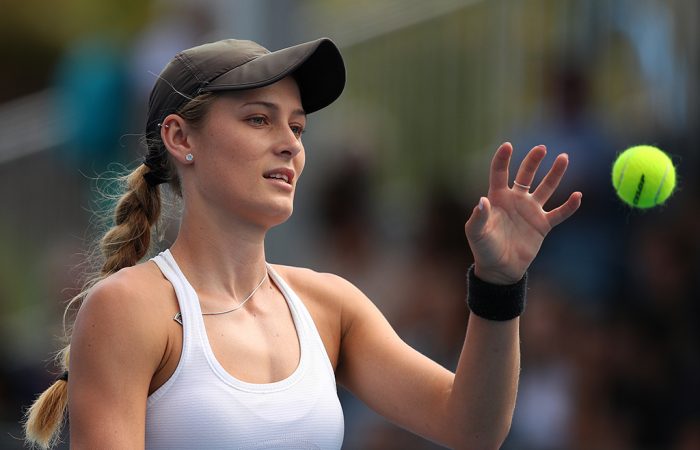 Kaylah McPhee has continued her ascent in the WTA rankings, rising to a career-high mark following her run to the semifinals of the WTA 125K event in Anning, China.

The Queenslander rose 39 places to world No.242 and is now within striking distance of the Australian top 10.

At this time last year, McPhee was ranked 519th, but in the ensuing 12 months has been a consistent performer on the ITF circuit.

In that time she has reached seven ITF quarterfinals – the most notable of those coming at the $60,000 Pro Tour event in Canberra last October – as well as three semifinals, the most recent being in Anning (a notch above ITF level). In March, she also progressed to the Pro Tour final in Mildura.

McPhee’s ranking is now at a point where she could directly enter Grand Slam qualifying draws with 128-player fields, like at the US and Australian Opens.

She becomes the 13th Australian women to rank inside the top-250 bracket.

Myers rose 10 places to No.257 after reaching the second round of the $80,000 ITF event in Charlottesville as a qualifier, while Inglis also jumped 10 spots – she is now at a career-high ranking of No.314 – after advancing to the final round of qualifying in Anning.

In the ATP rankings, Andrew Harris improved 16 places to 275th after reaching the quarterfinals of the ATP Challenger in Nanchang, China, while Jacob Grills rose eight places to No.384 for reaching the second round at the same event.