Sharma powers through to Bogota semifinals

Australia's Astra Sharma reaches her first WTA singles semifinal in Bogota, and then teams up with Zoe Hives to reach the doubles final. 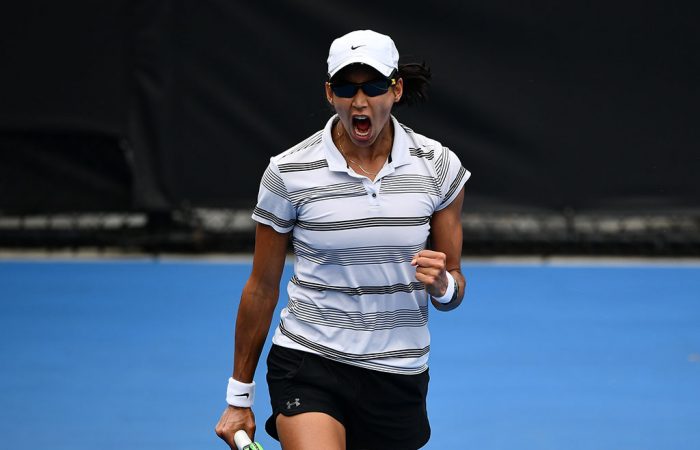 Astra Sharma’s impressive week at the Claro Open Colsanitas in Bogota continued as she stormed into the first WTA singles semifinal of her career.

She goes on to face Spanish 11th seed Lara Arruabarrena, the champion in Bogota seven years ago and twice a runner-up.

Sharma, the world No.138, dominated the opening set against Errani with her powerful serve and crushing returns.

The Italian, struggling with double faults, came back into the match in the second set as the errors increased from Sharma.

Twice the Australian let a potentially match-winning lead slip before serving out the match at the second opportunity.

“I thought I played really smart and just kept my composure,”said Sharma. “It was a good match.”

Looking ahead to the semifinal, she added: “I know [Arruabarrena is] going to make a lot of balls, obviously she’s a really good player, Spanish, is comfortable on clay. Just knowing that I’m going to have a long match tomorrow.”

Sharma then teamed up with Zoe Hives to win an all-Australian doubles semifinal against Monique Adamczak and Jess Moore, 5-7 6-3 10-4.