Jordan Thompson battled for nearly three hours to subdue Santiago Giraldo, a result sending him through to the quarterfinals of the US Men's Clay Court Championship in Houston. 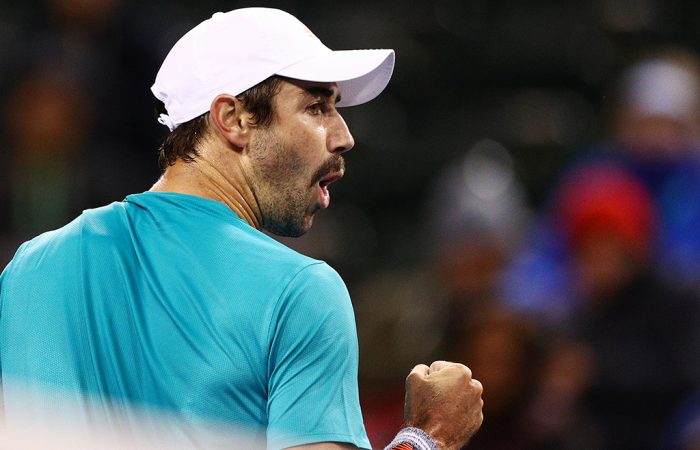 Jordan Thompson advanced to his third ATP quarterfinal of 2019 after grinding out victory over Colombia’s Santiago Giraldo at the US Men’s Clay Court Championship.

The Australian, seeded seventh in Houston and now the highest-ranked player left in the draw, recovered from 3-5 down in the final set to win 4-6 7-6(1) 7-5.

Thompson progresses to a quarterfinal meeting with another Colombian, Daniel Elahi Galan, who earlier on Thursday stunned No.1 seed Steve Johnson 6-3 6-3.

On April 11, Thompson nets his 13th win of the season, equaling his career high. pic.twitter.com/j3TsCJJnmc

Giraldo, a former world No.28 now ranked outside the top 200, led by a set and a break before Thompson recovered to build a 5-2 lead in the second set.

He was unable to take advantage of that, broken when serving for the second set in the 10th game.

Yet he steadied in the subsequent tiebreak, forging ahead 6-0 and soon sending the match to a third.

Thompson was broken in the eighth game and Giraldo served for the match at 5-3, but the Aussie dug in, showing off superior court movement and consistency to eventually frustrate the Colombian veteran into errors.

Thompson has never before reached an ATP-level semifinal. In three previous quarterfinals – Brisbane in 2017, and Sydney and New York this year – he was fallen to a top-30 ranked player.

This time, he faces an opponent in Galan ranked No.241; the winner faces either Casper Ruud or Marcel Granollers – both unseeded players – in the semifinals.