Sharma through to second round in Bogota 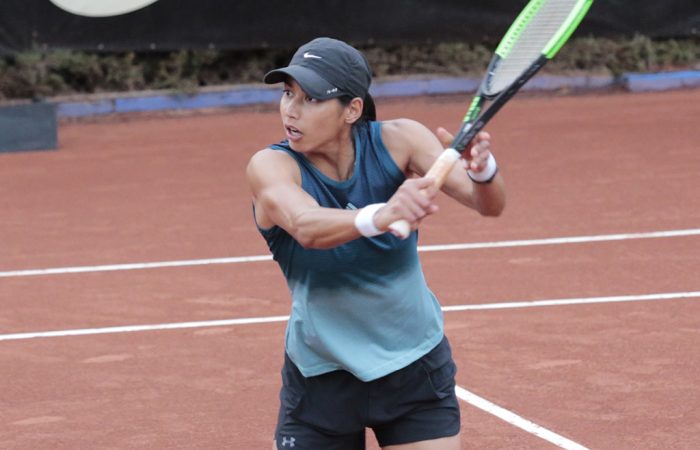 Astra Sharma won through to the second round of the WTA event in Bogota with a challenging three-set victory over Shelby Rogers.

In a match interrupted due to both rain and darkness and extending over two days, Sharma resumed play on Wednesday with a 5-1 lead in the third set, and wrapped up a 6-3 6-7(6) 6-1 win.

She held a 6-3 4-0 lead on Tuesday before Rogers, a quarterfinalist at Roland Garros in 2016, came storming back.

Sharma’s presence – and success – at WTA level is a relatively new experience for the 23-year-old West Australian, who came through the US college system and only recently graduated.

Until 2019 she played almost solely on the ITF circuit; Bogota marks just the seventh tour-level event of her career.

It’s also the first time she has won a WTA main-draw match; the other time she won a tour-level main draw match was at this year’s Australian Open (an ITF tournament).

This year alone Sharma has slashed her ranking from No.231 to No.138, and she is projected to 126th with her latest victory over Rogers.

Sharma is also enjoying success in doubles; teaming with fellow Australian Zoe Hives this week in Bogota, the pair beat Conny Perrin and Bibiane Schoofs 7-6(6) 6-0 to reach the semifinals.

At the US Men’s Clay Court Championship in Houston, Bernard Tomic lost his second-round clash 6-1 6-2 to Spain’s Marcel Granollers.

On his least favoured surface, Tomic struggled throughout, winning points on just 54 per cent of his serves and failing to produce a single ace.

Australia’s Jordan Thompson will play his second-round match against Santiago Giraldo on Thursday.