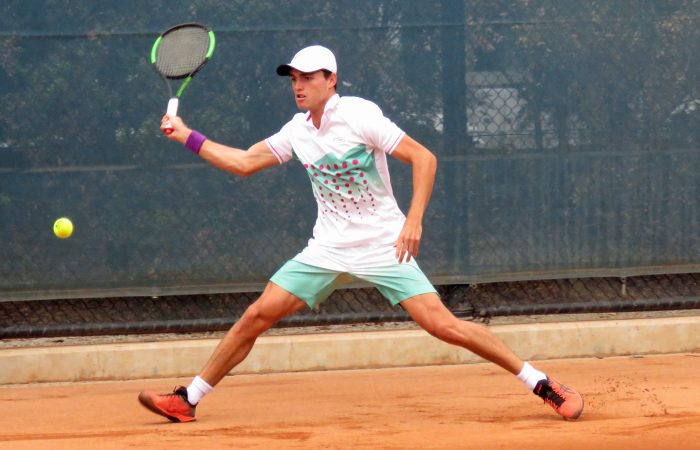 Chris O’Connell and Harry Bourchier have found themselves in a rematch of last week’s final at the Mornington Peninsula Tennis international #2, after each took care of their semifinal opponents on Sunday afternoon.

With Saturday’s play cancelled due to inclement weather which continued into the following morning, O’Connell, the fifth seed from NSW, relished the extra preparation time and wasted little time in ousting top-seeded Victorian Jacob Grills 7-6(4) 6-3 in just over an hour and a half. It was a polished performance from the 24-year-old former world No.219, who looks closer to regaining his best form with each outing.

“Having the day off yesterday was alright,” O’Connell said. “I’ve had a lot of matches lately so that was good on the body. I’m feeling fresh at the moment.

“Getting through that one against Jacob in straight sets in relatively quick time was good and I’m looking forward to the final now.”

Reaching a second consecutive final in Mornington shows an increasing level of consistency and has given O’Connell a distinct sense of confidence. “That’s exactly what I’m looking for before I head over to Europe next week,” he said.

Last week’s Mornington champion, Tasmanian Harry Bourchier, was also in no mood to hang around, sending 18-year-old Rinky Hijikata – also a solid performer on the Australian Pro Tour of late – packing with a 7-5 6-1 victory.

The second seed will now regroup before taking on O’Connell in the final later on Sunday evening, where he will be hoping for his second Australian Pro Tour title in as many weeks.