Hon returns to Canberra on a high 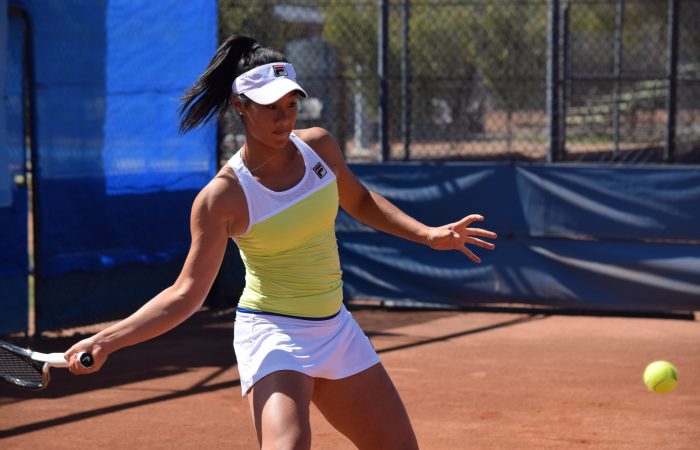 Top seed Priscilla Hon cruised through her opening round at the ACT Claycourt International #2 on Wednesday, defeating 15-year-old NSW wildcard Anastasia Berezov 6-3 6-0 in just over an hour.

“Initially, I was going to stay and play in Miami, but I’ve been on the road for two months, so I decided to come back earlier,” she added. “I wanted to play a couple of matches here.”

The Queenslander returned to Canberra following a successful debut Fed Cup appearance against the United States in February and with a career-high world ranking of No.136 under her belt.

“There has been a lot happening for me,” she said. “It’s just good to come home and reset a little and take it all in before I get back into it again.

“I’m still taking it match by match. There’s a long year to go and I want to get into the top 100, so anything I can do to get closer to that soon I’m trying to do.”

Hon will next face local favourite Alison Bai for a place in the quarterfinals, after the Canberran posted an impressive 6-2 6-4 win over last week’s finalist Risa Ozaki of Japan.

The top seed said that while she understands the increased expectation on her playing in Canberra this week, she’s largely taking it in her stride.

“It’s definitely there, but at the end of the day it’s just another match and I take them all the same. Obviously, there’s something in the back of my mind which says I should be winning these matches, but I’m doing my best to not put extra pressure on myself.”