Alcott in the running for Logie Award

Fans can vote for Australian tennis star Dylan Alcott, who has been nominated for the Graham Kennedy Award for Most Popular New Talent as part of the 2019 TV Week Logie Awards. 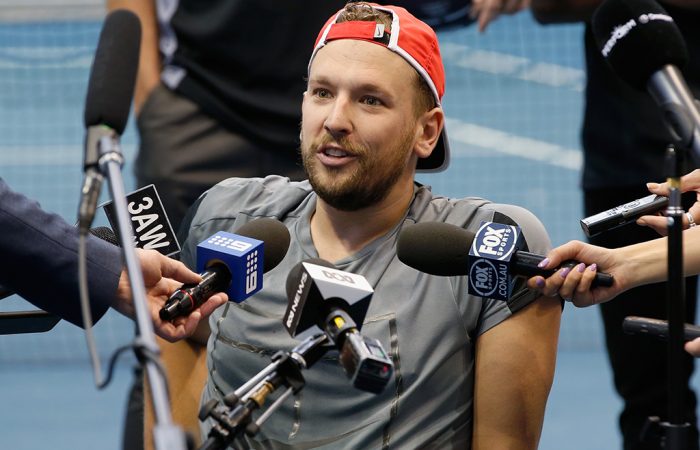 Dylan Alcott is among a group of TV presenting stars whom the public can vote on at the 61st TV Week Logie Awards in 2019.

Alcott – the quad wheelchair tennis world No.1 and reigning Australian and US Open champion – is in the running to win the Graham Kennedy Award for Most Popular New Talent.

Fans can vote for Alcott, who has been nominated in this category due to his work as co-host on ABC program The Set as well as featuring on the ABC’s coverage of the Invictus Games in October 2018.

> Vote for Dylan Alcott in the TV Week Logie Awards 2019

According to the TV Week Logie Awards website: “(The Graham Kennedy) award is to recognise a standout performance of a new talent on an Australian program televised in the period April 1 2018 – March 31 2019. This may or may not be their first appearance on TV, however it is their first major TV role.”

Legend @DylanAlcott is in the running for the Graham Kennedy Award for Most Popular New Talent at the #TVWEEKLogies. Vote for him now: https://t.co/xa35R3JYTd #TheSetABC pic.twitter.com/BujkjWNJe0

In addition to his work on The Set and the Invictus Games, Alcott was a part of the commentary team during Channel 9’s coverage of the Australian Open, and has also appeared on Channel 10’s The Project.

He also worked as a presented on radio station Triple J.