Three for Kelly in Mildura 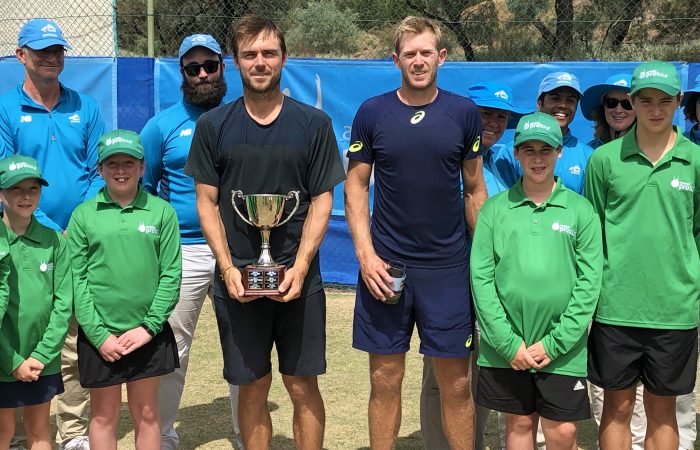 “It’s probably a little bit different to the other ones, but definitely a good feeling this early in the year,” Kelly, 28, said. “I didn’t win a tournament last year and it’s nice to get one a couple of times a year, it means you’re doing the right things.”

The top seed won the first set in a canter as he asserted his authority over an increasingly agitated Klein. However, the Brit recovered to level the match and set up a tense final set in which Kelly found a way to break in the seventh game, which was enough to close it out 6-1 4-6 6-4.

With both players attempting to become Mildura’s first three-time champion, there was a lot on the line.

“I played Brydan a couple of weeks ago and I also lost to him earlier in the year at the Canberra Challenger so I knew I had to bring my A-game,” Kelly, the 2016-17 champion, said. “I was a bit of a man on a mission today. I felt pretty good early on and that gave me a head start.

“I knew he was going to be pretty tired, he’s had a lot of tennis in the last few weeks, so for me, I just wanted to stay tough and keep him out there as long as possible.”

The world No.373 hasn’t fixed his schedule for the rest of the season at this stage. “It’s just one day at a time for me still,” he said. “I’ll probably take a few days to soak this in and then decide what I want to do next.”