Jayne Hrdlicka: Charting a balanced pathway on court and off

Tennis Australia chair and president Jayne Hrdlicka chats to tennis.com.au about her journey so far, plus the importance of achieving balance to truly thrive. 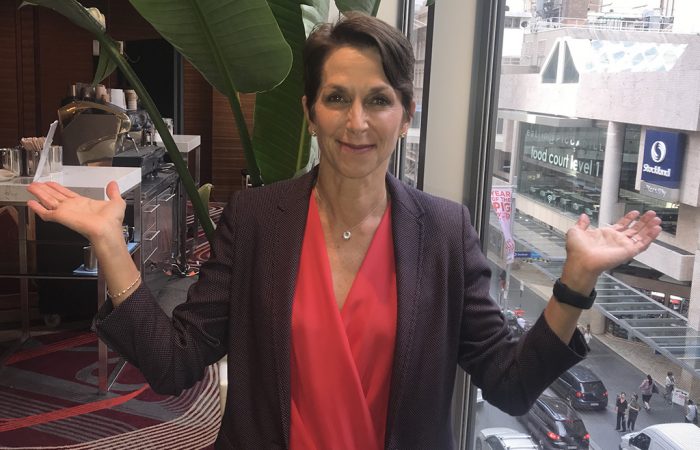 It’s been 18 months since Jayne Hrdlicka became the president and chair of Tennis Australia, the first woman in the company’s history to have held this high-ranking position.

Raised in Kansas, United States, and emigrating to Australia in 1994, the super-fit Hrdlicka has carved a successful career in business alongside fulfilling what she says is her most important job, as wife and a mother to her 11 and 14-year-old sons.

These days, she is often in the public eye. Sharing centre stage with the greats of international tennis at the Australian Open, sitting with legend Rod Laver to watch the finals, welcoming fashion icon Anna Wintour to the AO Inspirational Series. 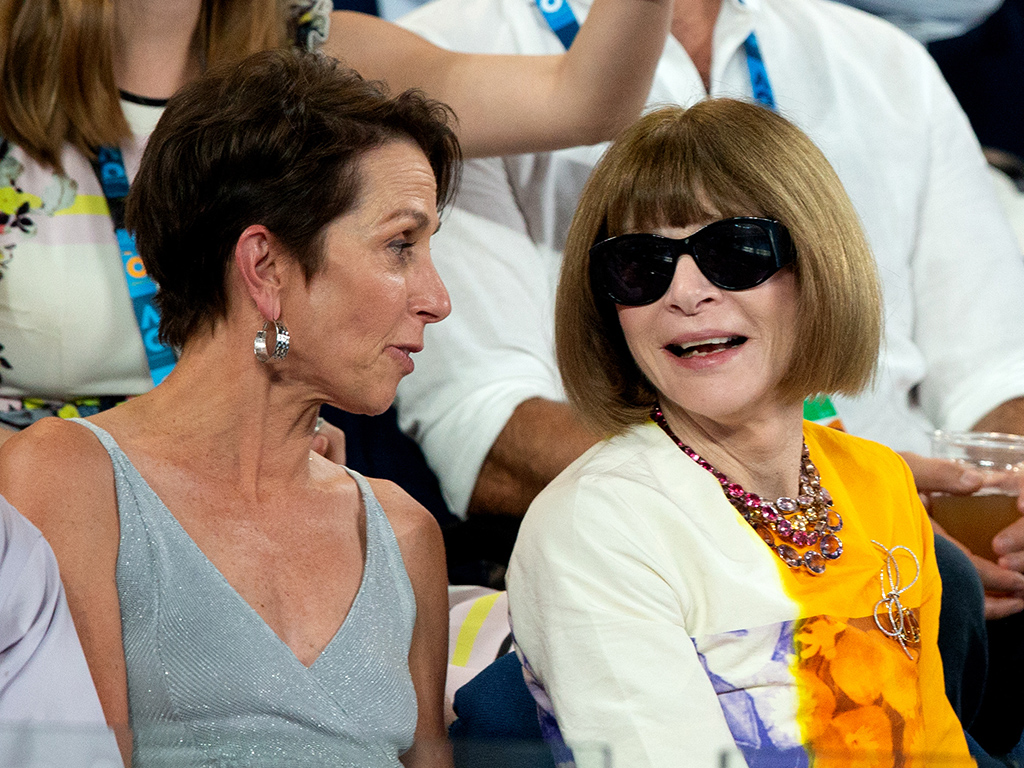 Back in the board room, the former Jetstar boss has been scrutinised for her (positive) impact on the a2 Milk Company as its most recent Chief Executive Officer before taking the top job in tennis, which she says is about giving back “to a sport I’m super passionate about and to do that in a way that makes a genuine difference for the sport.”

With her running shoes and sports gear packed for another business trip to the States – ‘fitness is everything to me’ – Hrdlicka is contemplating International Women’s Day and what, specifically, this year’s tagline ‘#BetterforBalance’ means to her.

In business terms, Jayne says it’s about having a mix of people sitting around a table making decisions. “Having different types of people means you get better outcomes, you make better decisions and you achieve more as an organisation,” she says.

Getting the balance right

On a personal level, people need to ask themselves how they can achieve balance, because, according to Hrdlicka, “you can’t be the best for yourself if, in yourself, you’re not balanced.”

What that means for each of us will be quite different.

“If you’ve got kids that might mean the constant juggle of family and work priorities and relationship priorities and your personal needs, and that’s never an easy thing to do,” she says. “For some people it will mean having enough time to spend with ageing parents or pets or pursuing extra-curricular passions, whether they be music or sports, or the arts.

“So balance is a unique thing to each individual but we are all inherently ourselves when we are in balance. #Balanceforbetter is about this spectrum between the individual and the organisation. And balance is better across the spectrum.”

For Jayne, her balance is about prioritising her roles in Tennis, the a2 milk company, and her family. “Everything’s off balance for me if I’ve got family wrong. So that has to be the highest priority. Everything falls around that,” she explains.

“The more focused I am on the things that really matter, the better job I do on all three. The only way you can be busy and be good is by ruthless prioritisation.”

Moving the dial in tennis

Hrdlicka is proud of the gains that have been made in tennis, and says the sport is leading the pack in terms of gender equality opportunities, starting with equal prize money first introduced at the Australian Open in 1984.

“There’s lots that has been achieved ahead of most sports, and we’ve got an obligation to continue to do that. Find the places where it’s not quite right and seek to make a very big difference,” she says.

“We want the Australian Open to be better than it’s been before, we want our players to be engaged more than they have before, we want more young people engaging and popping through our talent pathways, we want it to be an better experience as a coach and we want to be sure that we’re better every year in tennis as being a place where people can come without fear of disadvantage, whether you’re a man or woman, whatever your sexual preference, whatever your ethnic background, it shouldn’t matter because once you engage with us as a sport, all things should be equal.” 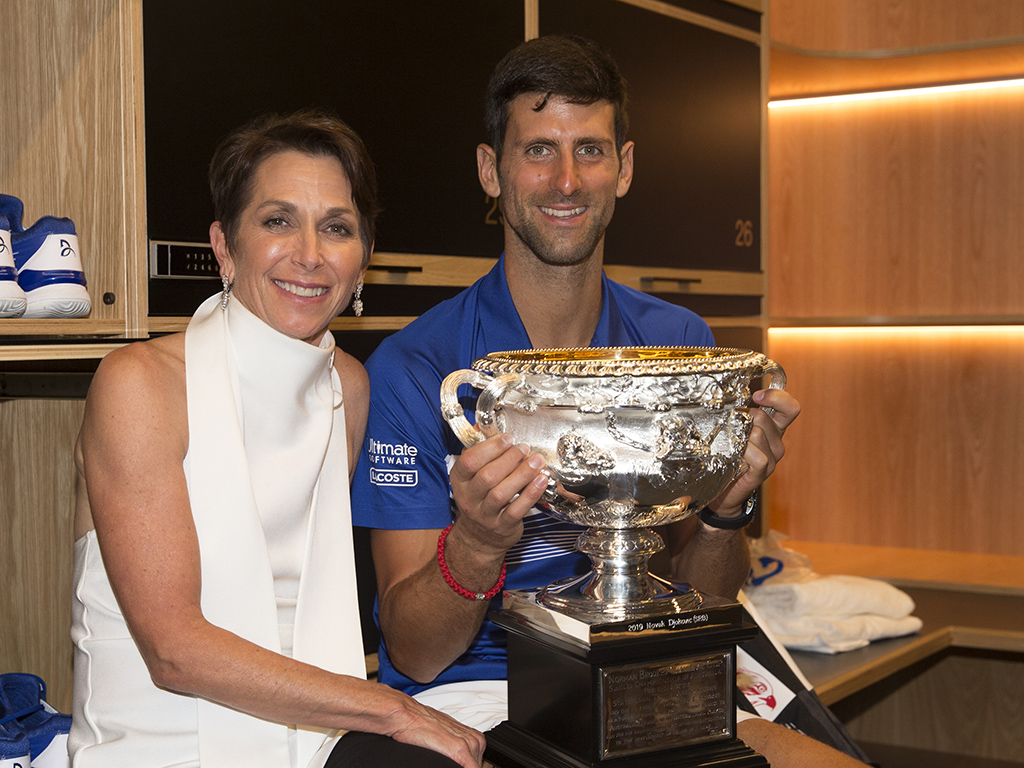 Jayne never doubted she could do whatever she wanted in life, a mindset she believes must have come from her family.

“I never really thought that anything would really get in my way as long as I worked really hard and pushed myself to be the very best that I could be,” she recalls. “And that I engaged people in a really thoughtful and respectful way along the journey.”

The first women to have an impact on her were featured on the cover of Businessweek, after they were made partners on Wall Street. Still in high school, Jayne thought, “wow, if they could do it, why can’t I?”

At her first job in Boston with the global management consultancy Bain & Co, she was influenced by a woman heavily pregnant with her third child who was revered as a great person to work for and excellent at what she did. “You really can have it all,” she remembers thinking.

In Australia, she connected with a strong mix of women in director roles who were generous with their time and helped her see different pathways, including fellow Tennis Australia board members Diane Grady and Patricia Cross.

“It’s a bit like tennis, there’s no one pathway to be successful,” Hrdlicka says. “There’s lot of different ways you can get to the top, whether it’s in admin, or as an athlete or whether it’s in politics, et cetera.

“You have to be open and interested in learning from others. There’s not one best way, it’s all about charting a pathway for yourself that really works for you against your values, your priorities, and the things that you want to achieve in life.

“You should be pushing yourself to always learn and grow.”