Hijikata moves on in Mildura

New South Wales wildcard Rinky Hijikata opens his campaign with a win on the grass at the Mildura Grand Tennis International. 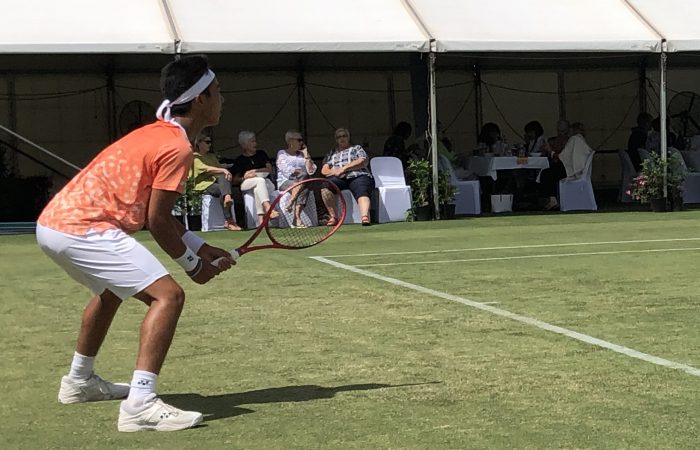 The 18-year-old wildcard looked at home in his centre court debut, and said it felt good to be out there.

“I’ve spent a bit of time on the grass now so I feel like I’m playing better, adapting a little bit more than I have been in the last few weeks,” he said. “At this level, there’s never an easy match, you’re going to have work for everything you get, so it’s good to get through today.

“I’m happy with my form and hopefully I continue it moving forward.”

The reigning 18/u Australian champion enjoyed a big summer, competing in the Australian Open qualifying and junior events.

Hijikata said the highs of Melbourne Park left him a little mentally drained and he was pleased to get back on the winner’s list.

“I’ve copped a few losses in a row now, so today was really important. It’s just about gaining a bit more confidence and getting a couple of wins on the board,” he said.

Having now equalled his best effort at an ITF $25,000 event – he reached the second round in Mornington in 2018 – Hijikata now faces top seed and 2016-17 men’s champion Dayne Kelly, who was clinical in his victory over French journeyman Vincent Stouff.

While the match offers a clash of contrasting styles, Hijikata knows he will have his work cut out. “It’s going to be tough, Dayne’s a quality player. I’ve trained with him a bit and he’s going to be tricky on grass. He’s a lefty and he’s really crafty. Hopefully it will be a good match and I’ll put in a good showing,” he said.

“I’ve had a bit more exposure at this kind of level now which has helped me quite a lot. I’ve had a few closes losses which has taught me. Going forward, I think I can use that experience against these kinds of guys to try and push through and make a couple of breakthroughs.”

Chris O’Connell, who was forced to retire in his semifinal last week in Albury, returned to overcome his Swiss opponent, Luca Castelnuovo, 7-6(2) 6-2, while Victorian teenager Matthew Romios fell to second seed Brydan Klein in a repeat of the Albury final.