A day after beating Bernard Tomic, Andreas Seppi ousts Jordan Thompson to end the Australian's Delray Beach Open campaign in the second round. 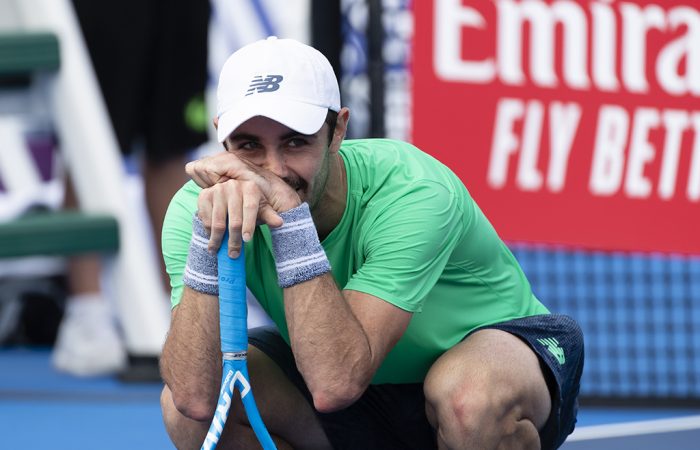 Australian Jordan Thompson has bowed out of the Delray Beach Open, beaten in a second-round duel with Italian veteran Andreas Seppi.

World No.68 Thompson forced a deciding set after losing the opener before sixth seed Seppi broke twice in the last to prevail 6-3 4-6 6-1 in an hour and 46 minutes.

A round earlier, Seppi ousted another Australian, Bernard Tomic, in two tight sets.

Seppi also beat Thompson when they met for the first time just last month in the second round of the Australian Open.

It leaves Nick Kyrgios as the only Australian remaining in the singles draw at the 250-level hard-court event.

Kyrgios is scheduled to play Radu Albot on Friday morning (AEDT) for a spot in the quarterfinals.