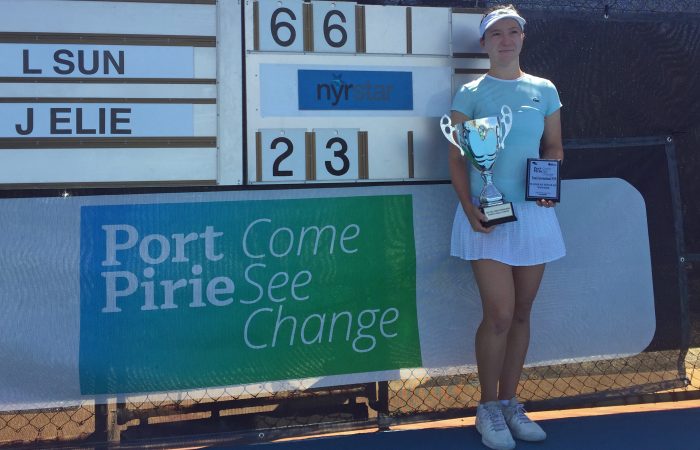 The second seed said she was very happy to win her first $15,000 event. “I thought I played pretty well throughout the whole week,” Sun, 17, said. “I’ve just been trying to get better every day and I’m pleased with what I managed to achieve here.”

Both Sun and Elie made short work of their runs to the final, with the match expected to be a close encounter. However, it was Sun who made the early running and she was never countered, winning 6-2 6-3. “I was expecting her to play well,” Sun said. “I just stuck to my game and enjoyed the match and in the end, it was a good result.”

Sun, a quarterfinalist at the recent Australian Open Junior Championships, moves onto Perth for the next event on the current Australian Pro Tour calendar.

After a close tussle in the first set, Marshall and Ivanov proved a class above, cruising to their first ITF World Tennis Tour title together.