John Isner proved too strong for Jordan Thompson in the quarterfinals of the New York Open, beating the Australian in straight sets. 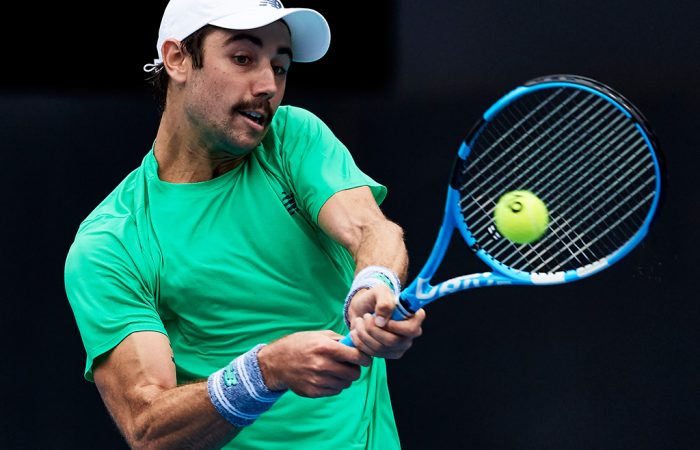 John Isner has ended the run of Australia’s Jordan Thompson at the New York Open, taking out their quarter-final clash in straight sets.

A day after eliminating Aussie Bernard Tomic in the round of 16, the big-serving American proved too strong for Thompson, winning 6-4 6-1 in one hour and three minutes.

The top seed and world No.9 took the first set in 33 minutes after breaking in the 10th game.

Thompson, the No.7 seed and world No.60, was then broken in his opening two service games of the second set to trail 4-0 and never recovered.

Isner slammed down 16 aces and won 45 of 49 first serves; he will face compatriot Reilly Opelka in the next round after Opelka reached his first tour-level semifinal in nearly three years by beating Spaniard Guillermo Garcia-Lopez 6-3 6-4.

The 6’11” Opelka beat Isner earlier this year at the Australian Open in four sets – all in tiebreakers – but Isner beat Opelka the last time they met in a semifinal, at the 2016 Atlanta Open.

The other semi will feature No.6 seed Sam Querrey, a finalist last year in the tournament’s debut on Long Island, against Canadian Brayden Schnur.