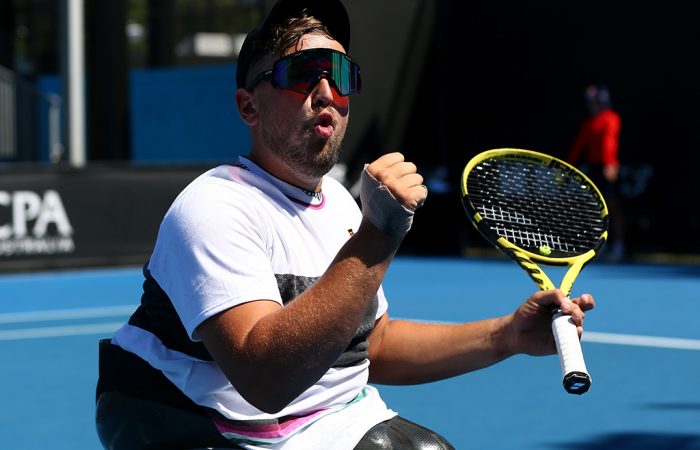 Heath Davidson was close to advancing to the Australian Open quad wheelchair singles final at Melbourne Park, yet ultimately it was David Wagner advancing to meet Dylan Alcott in the title match.

The winner of the Davidson-Wagner match knew they would meet the world No.1 in the final, who had already sealed his place in the decider after winning his first two round-robin matches.

He was given a rest day on Friday when opponent Andy Lapthorne withdrew ahead of their enounter.

Davidson began brilliantly against Wagner, yet the American’s experience shone through; the 44-year-old fought his way to a 6-7(6) 7-5 6-3 victory over the Victorian to reach yet another Australian Open final.

Alcott and Wagner are the world’s top two players in the wheelchair tennis quad singles division and have played out several thrilling matches throughout their rivalry.

Alcott also beat Wagner for the loss of just three games in the recent ITF Super Series tournament in Bendigo.