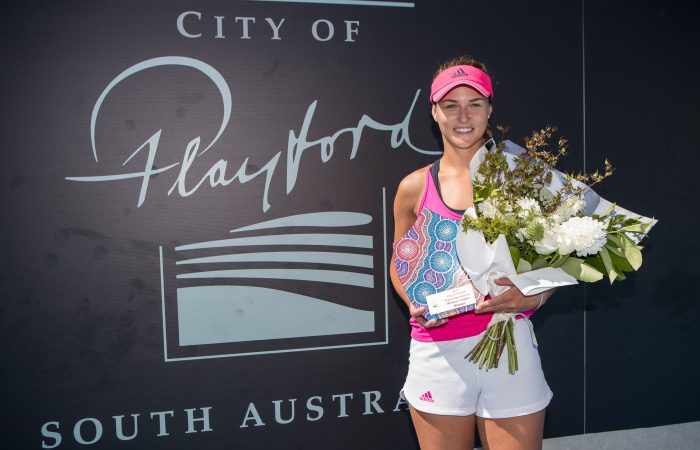 Russian Anna Kalinskaya has defeated her good friend and training partner Elena Rybakina of Kazakhstan 6-4 6-4 to win the City of Playford Tennis international title on Sunday.

“I’m happy to get the match,” the No.3 seed said. “We practiced every day here and we even warmed up together this morning. I think we played pretty good, we enjoyed ourselves playing on centre court. It’s tricky to play a friend, we tried to stay calm.”

The world No.166 has now claimed her sixth ITF World Tennis Tour title and is ready to embark on her second Australian Open campaign, after making her senior debut at Melbourne Park in 2018 – which resulted in a first round loss to Italy’s Camila Giorgi.

“I’ve had some good time to prepare here in Australia now,” Kalinskaya, 20, said. “It’s really set me up and given some confidence for the next matches.

“I feel ready to play the Australian Open and I’m looking forward to Melbourne now.”

Wildcard Kaylah Mcphee was the best-performed of the Australian contingent, falling to Chloe Paquet of France in the quarterfinals.

On Saturday, local South Australian 17-year-old Amber Marshall took to the court with Swiss Lulu Sun in her first ITF World Tennis Tour doubles final but was unable to topple the Italian pairing of Giulia Gatto-Monticone and Anastasia Grymalska, who claimed the title with a 6-2 6-3 victory.