Gavrilova buoyed by strong end to 2018

A new fitness trainer, an improved serve and some quality wins at the back end of 2018 have Daria Gavrilova feeling confident as she approaches the new season. 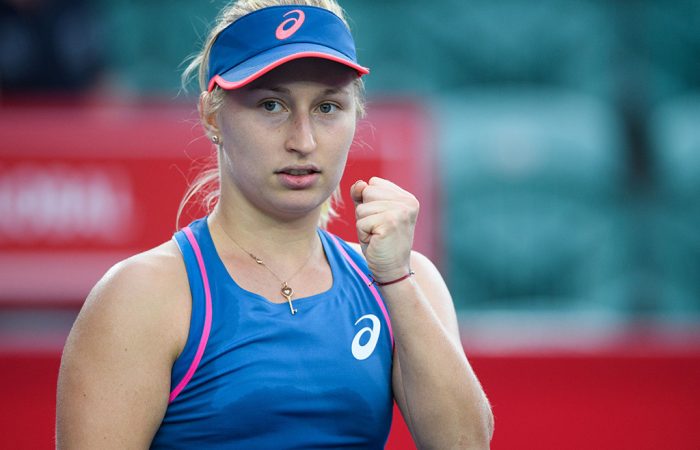 Having slipped from world No.25 to No.36 in 2018, Daria Gavrilova is focused on re-claiming a place higher up in the rankings.

After a solid Asian swing – during which she reached the third round in Wuhan and quarters in Hong Kong – to close the year, the 24-year-old feels she is starting to right the ship.

“The end of the year was pretty good. I felt like I had a couple of good wins against really good players. That gives me a bit of confidence for next year,” she told tennis.com.au.

“There’s a few technical improvements that I was brave to finally use. [I’m improving] my serve and just being more aggressive and holding the baseline more, trying to come in. Even though I’m playing big hitters, trying to take my chances more than usual.”

One of those strong late-season performances came in a 6-2 6-1 demolition of world No.4 Petra Kvitova in the first round of Beijing, one of three top-15 victories she notched in 2018.

And she is confident she has overcome the serving issues that plagued her on tour throughout the season.

“[The serve] is still on its way. It can get better but its probably gotten to the best it’s been,” she said.

Already one of the fittest players on tour, Gavrilova has also been working on taking her endurance base to another level in the off-season.

“I’ve got a new fitness trainer,” said Gavrilova, who is now working with Jeremy Oliver as well as continuing with coach Jarryd Maher.

“We’re doing a lot of cycling on the bike. I’ve been going bike riding, we did a few sessions where I absolutely copped it in the rain, but I’ve been really enjoying that.”

Aiming to return to the top 30 in the new year, the Australian has set herself a high bar.

“I want to play bigger tournaments and really challenge myself against top players,” she said.

“I want to go with the mentality that I want to be where they are and try and take their rankings and just make my way up by stealing their spot.”