It was a fantastic day for the ACT's Charlie Camus, who won the 12/u Australian singles title before returning to court with Pavle Marinkov and claiming the 12/u doubles crown. Charlie Camus enjoyed a memorable day at the December Showdown, winning both the singles and doubles titles at the 12/u Australian Championships.

The left-hander from Canberra survived a torrid fight in the singles final against Japan’s Yuta Tomida, recovering from 3-1 down in the final set to win 6-7(4) 6-2 7-6(4).

“I just had to stay focused and keep fighting and not give up,” said Camus, who served for the match at 5-4 in the final set before re-focusing in the tiebreak.

“I was a bit tired towards the end … I just played my game, got a lot of first serves in and stayed positive.”

Camus said he brought confidence into the December Showdown after winning the 12/u national claycourt title in Canberra in October.

And that good form also transferred to the doubles court; Camus returned later on Sunday to win the 12/u doubles title, teaming with New South Wales’ Pavle Marinkov to beat Tomida and New Zealand’s Jack Chapman 6-1 6-4. 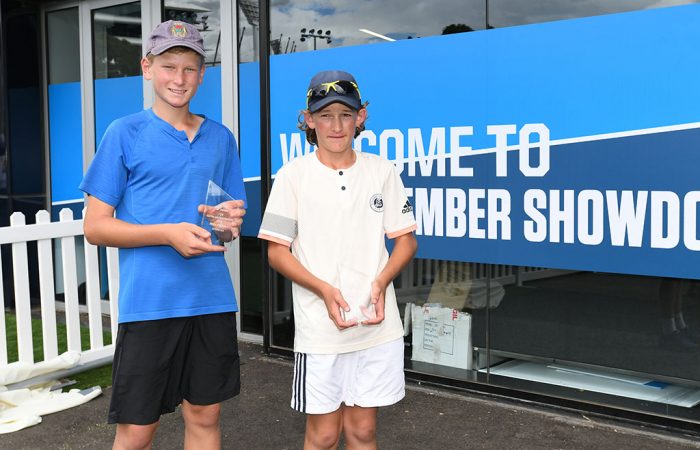 “It’s pretty special, because then we get back-to-back doubles (titles) as well, because I won Canberra doubles (at the national clay-court event),” he said.

The 12/u girls’ doubles title was won by Sarah Rokusek of New South Wales and New Zealand’s Sasha Situe; they combined to defeat Tegan Genockey (NT) and Ella Idzikowski (QLD) 6-3 6-1.