Astra Sharma and Zoe Hives both dropped just two games in commanding performances on Friday to set up an exciting semifinal at the Australian Open Play-off. 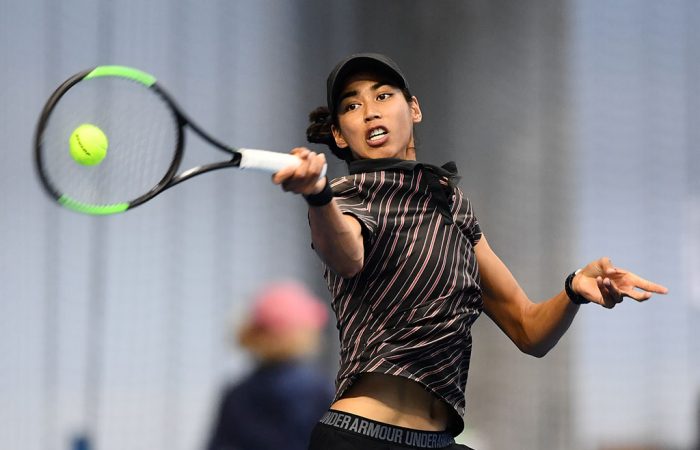 Astra Sharma dominated top seed Arina Rodionova on Friday to move into the semifinals of the Australian Open Play-off, where she will meet Zoe Hives.

Matches were played indoors at Melbourne’s National Tennis Centre due to persistent rainy conditions, a day after the entire Thursday schedule was washed out.

In the other semifinal, Ellen Perez will play Kimberly Birrell after the duo won hard-fought matches over Abbie Myers and Jaimee Fourlis respectively.

Sharma was stretched the three sets in her opening Play-off match against Isabelle Wallace, yet was relentless from start to finish against Rodionova.

She overpowered the Victorian with the weight and power of her forehand while remaining impressively consistent throughout.

“I actually thought I played really well,” she told tennis.com.au.

“In that first round against Issy (Wallace), that first set was really tight. And I think once I got over the hump and just kinda relaxed, I was like, look, I can do this, I can play on this sort of stage and be OK. It was a bit more, like just letting go and releasing and I was like, I can play.

“I’ve thought my ground game has been really consistent; I’ve been finding that good power and range and not going too crazy.

“I usually don’t do so good at this tournament (laughter). Last year I played Zoe (Hives), actually, and I got really tight and so it’s just nice to get past the first couple of rounds now and I’m just really excited; every match is an opportunity to get better and move forward.

“Zoe and I have played a lot and practised a lot together – I have the utmost respect for her as a player. She’s phenomenal, playing really well right now.” 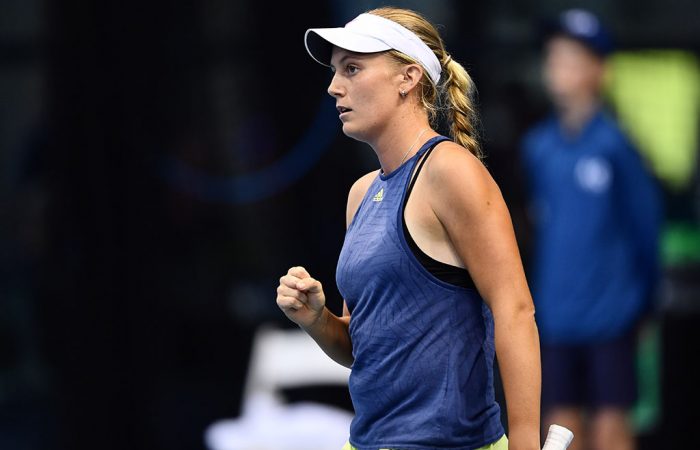 Indeed, Hives played imperious tennis, lashing at her forehand with plenty of pace and spin to control the bulk of the rallies.

Like Sharma, this is the deepest she has even advanced in the Play-off.

“There’s so many girls this year – really anyone can win it,” Hives said. So I’m really happy with how I’m performing so far. I feel like I’m one of those ones that can win it. But there’s a lot of good girls. So we’ll see.

“I train here, I’ve trained plenty of times indoors so it might have been a little advantage to me because Kaylah’s from Queensland. But I was happy to go inside – it was just good to get on (laughter).

Later on Friday, second seed Perez battled to her second straight three-set win after overcoming the challenge of Myers 6-4 6-7(1) 6-3.

She will next face Birrell, who earned a hard-fought 6-4 7-6(4) victory over Fourlis.