Pham grinds out victory to reach 14/u final

Derek Pham will meet Shogo Sanada in the boys' 14/u Australian Championships final, while Charlotte Kempenaers-Pocz will take on Talia Gibson for the girls' title. The quarterfinals in the 18/u event were also set. 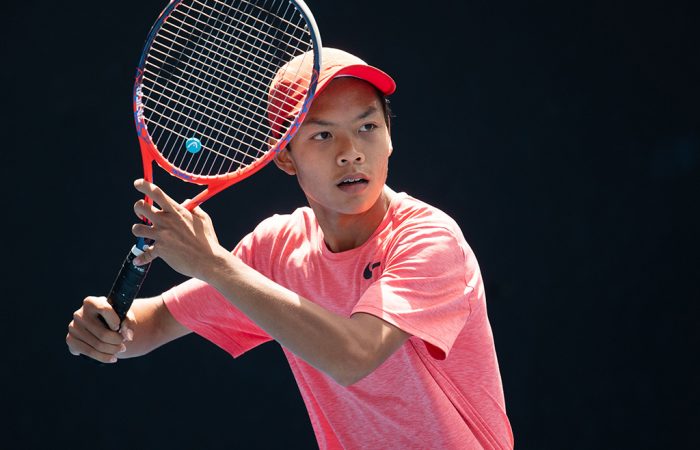 The finals of the 14/u Australian Championships are set after Wednesday’s semifinal action at Melbourne Park as part of the December Showdown.

“It was quite long. First set I came out and was a bit cold … I found my way into the second set. It wasn’t very pretty but I hacked at it. In the third set, I served well, got a couple of free points, found a break, and eventually got there (laughter).

Pham admitted he did not know much about Sanada, but said he hoped his semifinal form would carry over to Thursday’s final.

“A couple of months ago I was injured – I had an elbow stress fracture,” he said.

“So this is huge, good for the confidence as well, because I haven’t been back playing very well in ages.”

In the girls’ event, Charlotte Kempenaers-Pocz and Talia Gibson will meet in a battle the tournament’s two in-form players. 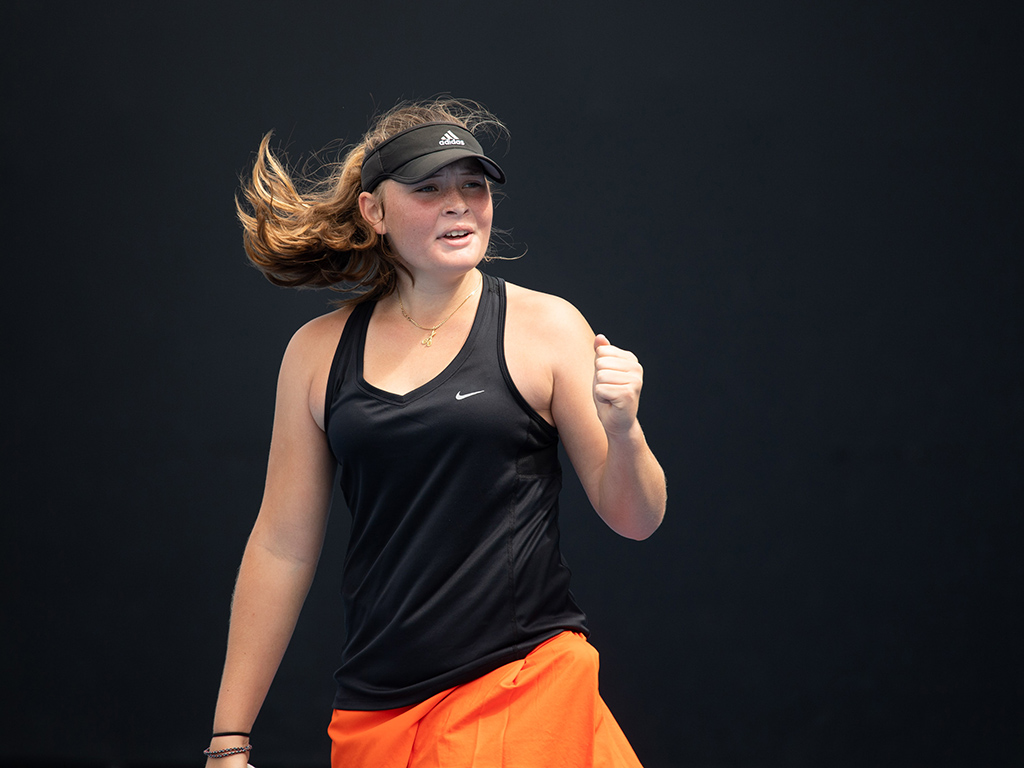 Neither player has dropped a set in five matches en route to the final.

Quarterfinals set in 18/u Australian Championships

Alexander Crnokrak and Rinky Hijikata are the form players heading into the knock-out stage of the 18/u championships.

Both Crnokrak – the defending champion – and Hijikata were undefeated after three group-stage matches, with neither dropping a set along the way.

Crnokrak’s latest victory was a 6-1 6-4 defeat of No.1 seed Jayden Court, meaning Crnokrak takes the top-seeded position in the knock-out draw. Hijikata took the second-seeded position after beating Alex Bulte 6-3 6-3.

> view the boys’ 18/u quarterfinal draw

Also undefeated in the group stages were Dane Sweeny and Tom Evans; they will play Matthew Dellavedova and Ken Cavrak in the quarters.

In the girls’ event, Annerly Poulos, Amber Marshall and Taylah Lawless advanced to the quarterfinals after finishing undefeated atop their respective round-robin groups.

Poulos beat Kaitlin Stains 7-6(12) 6-2 on Wednesday and will next face qualifier Olivia Symons, while Marshall – a 6-2 7-5 winner over Jasmin Starr – advances to a quarterfinal meeting with Olivia Gadecki of Queensland. Lawless recovered to beat Megan Smith 5-7 6-4 6-1 and will now take on third seed Bojana Marinkov.

> view the girls’ 18/u quarterfinal draw

Also advancing to the last eight were No.1 seed Gabriella Da Silva-Fick and No.2 seed Ivana Popovic, who will meet on Thursday for a place in the semifinals.

Players’ positions in the quarterfinal draw are determined by their records in the group stage of the tournament.