The 11th edition of the December Showdown gets underway tomorrow at Melbourne Park with more than 500 juniors expected to play the event. 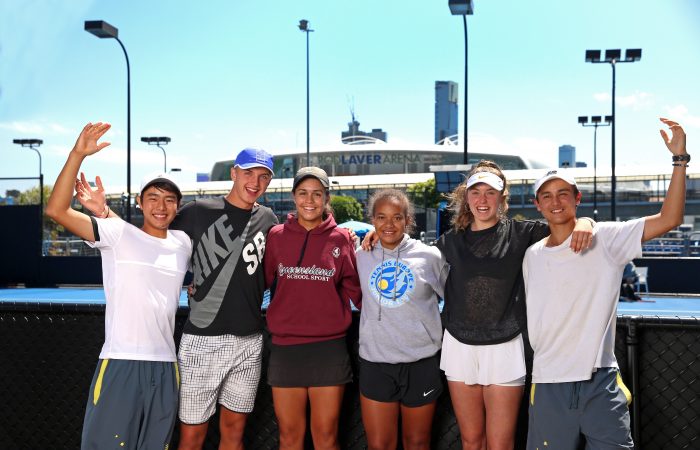 The annual December Showdown will kick off the summer and tennis season with hundreds of players of all ages set to converge on Melbourne Park over the next three weeks.

December Showdown is Australia’s biggest junior tennis event series and runs from Saturday 1 to Sunday 16 December at the home of the Australian Open.

The annual carnival will feature:

“Staging national championships in all age groups provides our junior athletes great competition opportunities and the chance to compete with the nation’s best.

“It’s a wonderful atmosphere having 500 players from all corners of the country here in Melbourne, all competing hard.

“The AO Play-off is an event I look forward to every year, and there are some great examples of how it can kick start opportunities for our next generation of players. Last year Alex de Minaur won now he’s our top ranked male player and Destanee Aiava went on to represent Australia in Fed Cup earlier this year. I can’t wait to see what’s in store for this year. . It’s an event we are really proud to host,” Tiley said.

The Australian Open 2019 Play-off will be livestreamed via tennis.com.au from 10 to 16 December and Nine’s 9Now will stream the semifinals and finals.

For all December Showdown news, draws and order of play please visit here.

Live scores will be available here or download the Tennis Ticker app.

Entry to December Showdown is free for spectators.