Adelaide will host a Davis Cup tie for the first time in 15 years when Australia take on Bosnia and Herzegovina in February 2019. 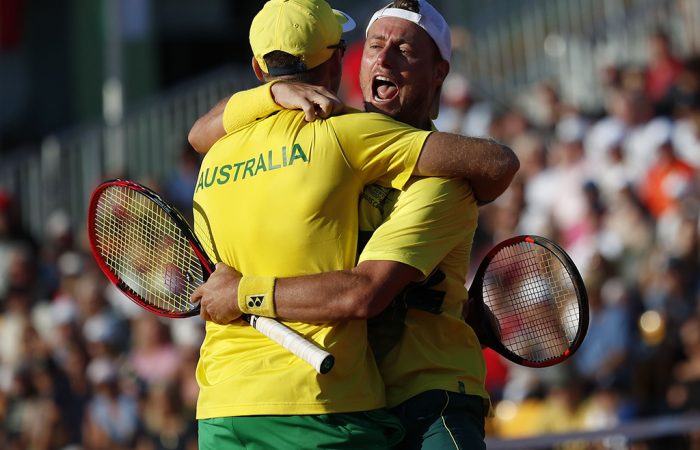 South Australia will host the Davis Cup by BNP Paribas Qualifier between Australia and Bosnia and Herzegovina on hard court at Memorial Drive in Adelaide from 1 to 2 February 2019.

Home to some of Australia’s tennis greats including Lleyton Hewitt, John Fitzgerald, Mark Woodforde and the late Ken McGregor, it will be the first time in 15 years that the state has hosted a Davis Cup tie.

The two teams will meet for the first time when they play for one of 12 spots at the revamped Davis Cup finals, joining Croatia, France, United States, Spain and wildcards Argentina and Great Britain among 18 nations in Madrid, Spain, from 18 to 24 November.

The new-look Davis Cup format will see the best of three-set matches take place over two days, with two singles matches played on Friday, and a doubles match and the reverse singles played on Saturday.

The last time Adelaide hosted a Davis Cup tie was in 2004, with Australia beaten 4-1 by Sweden in a World Group First Round tie.

Australian Davis Cup captain Lleyton Hewitt was a member of the team in Adelaide in 2004.

“There’s so much tennis history in South Australia and it’s home to a number of our great Davis Cup players,” he said. “It will be fantastic to return to my home city and see Adelaide host this event in February.

“I remember playing against the Swedes in 2004 in front of a passionate home crowd and I know the fans will be out in force to support the Aussies in action after such a long break between Davis Cup ties.”

Tennis SA CEO Steve Baldas added, “We are delighted Memorial Drive in Adelaide has been chosen to put on the first Davis Cup qualifier between Australia andBosnia and Herzegovina next February.

“Adelaide hasn’t hosted a Davis Cup tie for 15 years, so it’s exciting to give our loyal tennis community here in South Australia the opportunity to come along and support the nation’s best male tennis players.”

“This is going to be special, it’s the first Davis Cup tie to be held in Adelaide in 15 years,” Minister Ridgway said.

“It’s more than bringing international tennis back to South Australia, it’s an opportunity to inspire the next generation of tennis champions.”