A second straight top-20 season and success in both singles and doubles were highlights of a banner 2018 for Australia's No.1 player Ash Barty. 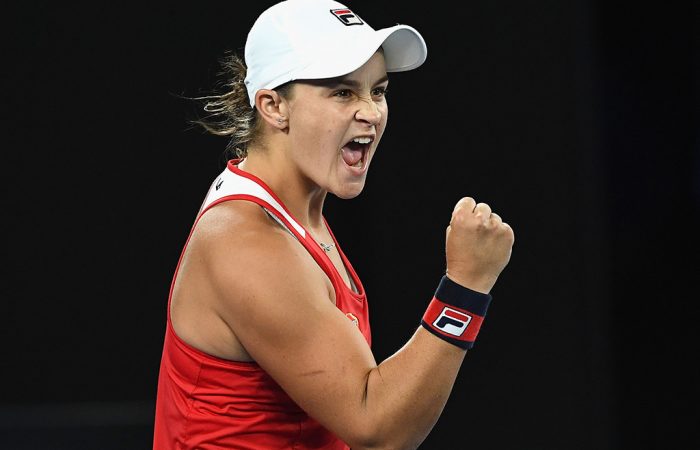 The Queenslander, last year’s Newcombe Medal winner, has been nominated for Australia’s top tennis honour for a third time. Here is a snapshot of her 2018 season.

Won WTA Elite Trophy
Barty won the biggest title of her career in Zhuhai, scooping US$700,000 and hitting a career-best mark of world No.15 after winning her last three matches over Garcia, Goerges and Wang.

The Queenslander enjoyed a stellar year on the WTA tour, one of only two players to finish in the top 20 in both singles (No.15) and doubles (No.7). Remarkably consistent throughout the 10-month season, she started strongly on home soil with a run to the Sydney final and then reached the third round at the Australian Open for the second straight year. She enjoyed her best ever showing at Wimbledon with a third-round finish before going up a gear at the US Open, advancing to the fourth round – her best ever Grand Slam singles result – as well as scooping the doubles title for her first major trophy. She capped the year with a second straight appearance at the WTA Finals in doubles and in singles at Zhuhai.

There was also a second career WTA singles title in Nottingham on her favourite surface of grass, and a flawless 5-0 record across singles and doubles in Fed Cup to help propel Australia back into the World Group. Statistically, Barty was one of the tour’s premier servers, played more than 100 matches across singles and doubles and won 11 of her 14 three-set singles matches.

“I feel like I’m a top-20 player. I obviously would love to push towards top 10, but it was really important to me to prove to myself that all the work that I’ve done with my team, and the foundations we’ve set up, are working. And they are. It’s a different pressure (being a top-20 player). I don’t think it’s better or worse – it’s just different. We’ve done a great job this year of learning to deal with that.”