Loughborough University from the UK wins the inaugural Belt and Road Chengdu tournament. 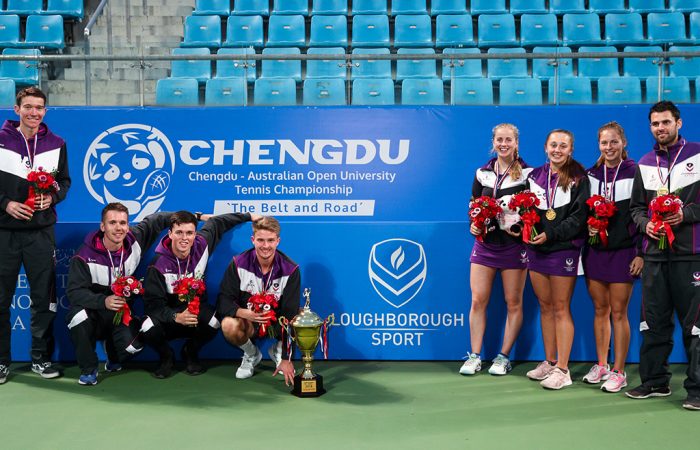 Eight universities from around the world competed in the event held at the Sichuan International Tennis Centre, which also hosts the ATP tour event in Chengdu.

The Australian Open has long been known as the Grand Slam of Asia-Pacific, and these Championships are being held to promote the tournament as well as boost the presence of Chengdu on the sporting map.

Tennis Australia Chief Revenue Officer Richard Heaselgrave said the organisation was excited to be involved in the tournament, which has attracted some of the best college level tennis players from around the world.

“A fantastic field has assembled for the tournament in Chengdu,” Heaselgrave said.

“We, at Tennis Australia, are proud to be developing tennis in the Asia-Pacific region, and our involvement with the Australian Open University Tennis Championships in Chengdu is further evidence of this.

“It really is a fantastic week of tennis in Chengdu, and we are excited to be part of it.”

Australian Open 2019 was launched last month in Shanghai, where it was announced Chinese distillery Luzhou Laojiao would partner with the AO alongside others from the region including DeRucci, and C-Trip.