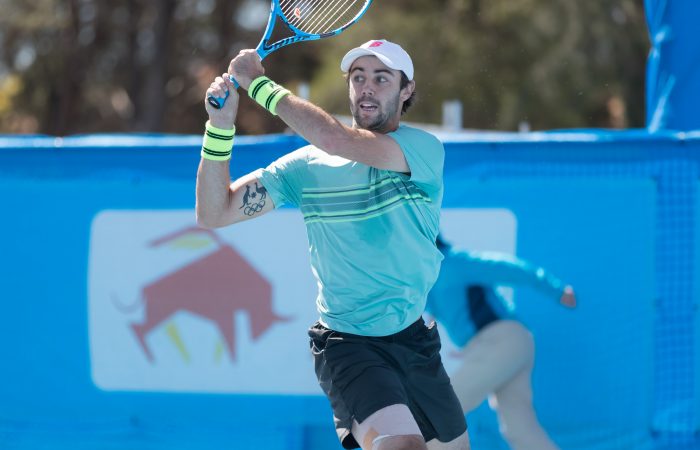 Jordan Thompson is the last Australian remaining in the Apis Canberra International after he defeated Queensland teen Blake Ellis to reach the semifinals on Friday.

The third seed was clinical in taking the match in straight sets, 6-3 6-1. “It’s good to keep it rolling,” he said. “Tricky conditions but I managed to get through.”

Thompson will be gunning for his third consecutive ATP Challenger final after reaching the title match in Calgary before arriving in Australia and winning in Traralgon last week. His recent form has seen him re-enter the world’s top 100, where he currently sits at No.87.

Thompson will now face Janvier for a place in the final, having come from a set down to defeat the Frenchman just three weeks ago in Fairfield, California.

“He definitely can play, he’s got a high level. Hopefully I can get over the line again,” Thompson said, adding that he will be sticking to a winning game plan. “It’s been working for me lately, so I’ll try not to change anything.”