Queensland took the honours at the 2018 Bruce Cup with a three-way-tie for second place. 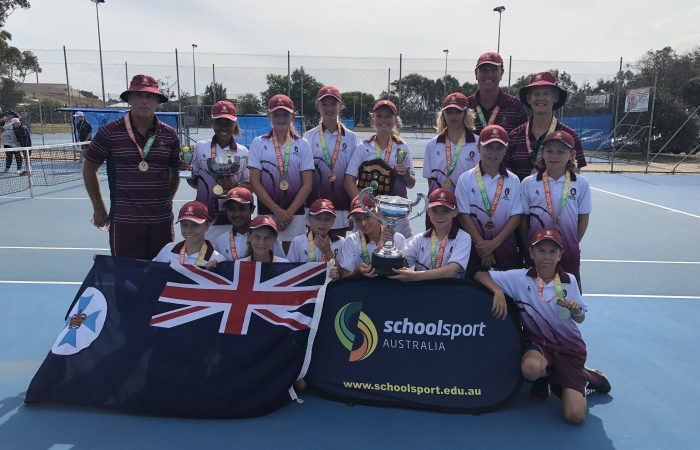 The 2018 Bruce Cup wrapped up proceedings in Adelaide over the weekend with Queensland taking the honours ahead of a competitive field that saw a three-way tie for second place.

The Queensland team lead by Kate Casswell (Team Manager), Anthony Richardson (Coach) and Ben Bleechmore (Coach) finished on 21 points, coming out on top ahead of South Australia, Victoria and New South Wales who all finished in equal second place, on 17 points.

This year’s title was anyone’s for the taking as the states battled for bragging rights, but Queensland proved too strong, coming through the tournament undefeated and their state Team captains, Hayden Jones and Sarah Birchall said it was a tough but rewarding experience.

“It feels pretty good to have won, it was tough the whole way through but we did really well to get through and win the way we did,” Hayden said.

Sarah agreed, adding they stuck to their plan and it paid off, “Our team goals were to communicate well and work together, beat everyone on energy, and hopefully win!”

“I’ve always heard Bruce Cup was a lot of fun and it definitely lived up to it,” Sarah said.

The Bruce Cup, School Sport Australia Tennis Championships saw 112 athletes from across the country descend on Adelaide, South Australia for the prestigious event from Sunday 21 to Saturday 27 October.

The School Sport Australia 12&U Individual Championship was also held in conjunction with the team event throughout the week.

The winner of the boy’s singles was Victorian [1] Mudiwa Munyimani who defeated the number two seed Charlie Camus from the ACT 6-4 6-3.

While in the corresponding girl’s event it was the number 8 ranked Lily Taylor from Queensland who got the better of [2] Rhea Makesar (WA) in 6-3 7-6.

Tennis Australia see the Bruce Cup as an integral part of the development of both sporting and educational skills of Primary School students, giving them consistent and quality match play, the chance to forge new friendships, plus the chance to take part in an educational excursion and be a part of memorable cultural experiences.

Official scoresheets are available via the School Sport Australia website or simply view the results via TA Match Centre.

Tennis Australia would like to extend a thank you to Graeme Waight and Mike Grant at School Sport Australia for their efforts in making the Bruce Cup the fantastic event that it is and the pinnacle of primary school tennis in Australia. Next year’s event will be held in Perth (WA) from 12 – 19 October 2019.

The athletes that represented the winning team, Queensland at the Bruce Cup were:

Follow this link to view the entire draw and results from the SSA Individual Championships.