In-form Belarusian Aryna Sabalenka overcame Ash Barty for the second time in a month with victory over the Queenslander at the WTA Elite Trophy in Zhuhai. 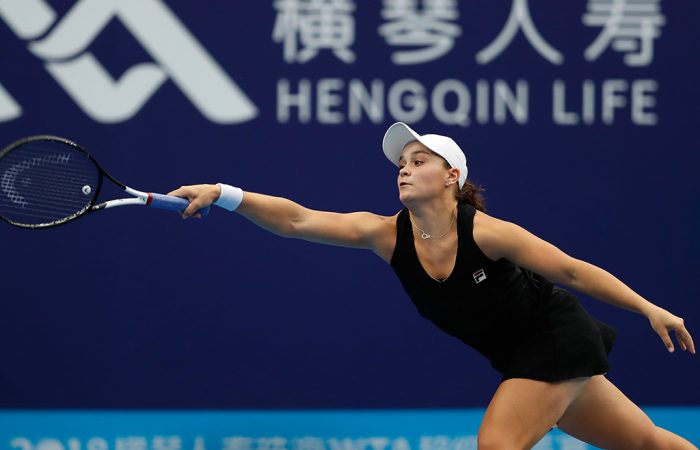 Ash Barty will be up against it to make the semifinals for consecutive years at the WTA Elite Trophy after a straight-sets defeat in her first round robin match in Zhuhai.

Power-hitting Belarusian Aryna Sabalenka had all the answers on Tuesday, dispatching the Australian 6-4 6-4.

In her first singles outing in a month after resting a shoulder injury, Barty was sluggish out of the blocks, losing her opening service game.

It was the only break of the set as the Queenslander struggled to make inroads on the towering Sabalenka’s serve.

The second set stayed on serve until Barty fashioned a break for a 3-2 lead but her failure to consolidate quickly cost her.

Aryna Sabalenka seals the first win at the @WTAEliteTrophy!

It was deja vu for Barty whose last loss on tour came against Sabalenka in the semifinals at Wuhan last month.

Barty will now struggle to make the semifinals in Zhuhai with only the top player in each of the four three-woman groups progressing.

Caroline Garcia is the other player in her group; Barty will need a win against the Frenchwoman and for Sabalenka to lose to Garcia in order to be a chance of going any further in the tournament.

The tournament features the next best players who didn’t qualify for the eight-woman WTA Finals.