Ash Barty and CoCo Vandeweghe have been eliminated from the WTA Finals, falling in an exciting semifinal to Timea Babos and Kristina Mladenovic. 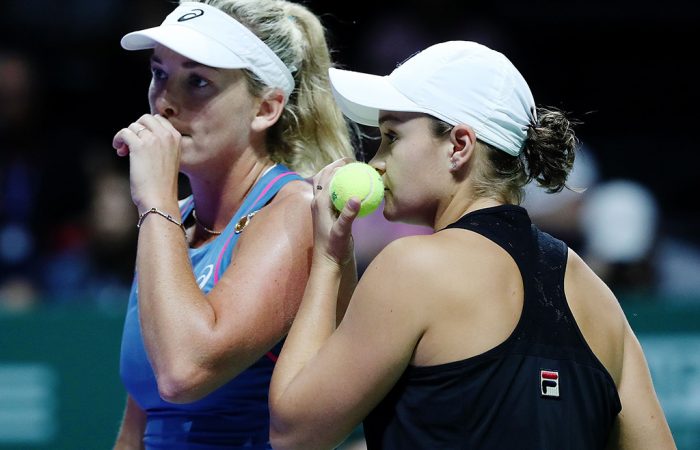 Ash Barty and CoCo Vandeweghe were pipped on Saturday night in the doubles semifinals of the WTA Finals in Singapore.

Barty and Vandeweghe last month saved match points to beat Babos and Mladenovic in an absorbing US Open final in September but couldn’t make it two wins in a row in Singapore.

This was the fifth time the two teams had met in 2018, with Babos and Mladenovic now leading the head-to-head series 3-2.

All but one of their five matches has required a final tiebreak to determine the outcome.

Barty’s campaign in Singapore may have come to an end, but her season continues next week when she plays singles at the WTA Elite Trophy in Zhuhai, China.