Teaming with Bulgaria's Adrian Andreev, Rinky Hijikata has won a silver medal in doubles for Australia at the Youth Olympics in Buenos Aires, Argentina. 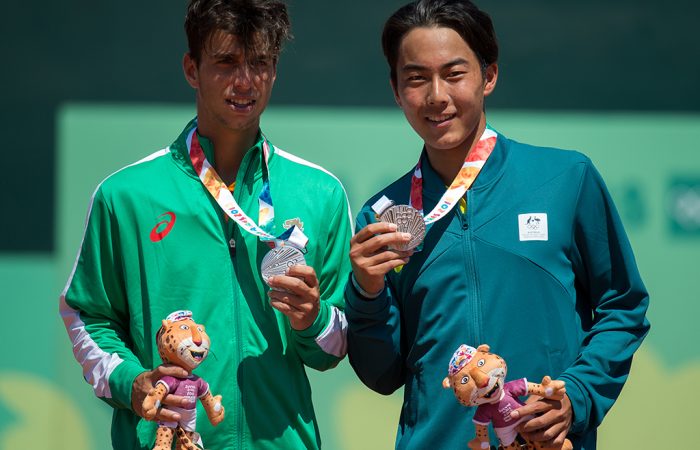 Rinky Hijikata has come away from the Youth Olympics in Buenos Aires with a silver medal.

The Australian, playing with Bulgaria’s Adrian Andreev as a mixed international team, advanced to the final of the boys’ doubles event.

There they fell to Argentinian pairing Facundo Diaz Acosta – who won a silver medal in singles – and Sebastian Baez 6-4 6-4 on Sunday.

“It was a great experience today, not the result we wanted, but the atmosphere on the show court was incredible and I think this will hold us in good stead for the future,” Hijikata said.

“Going into this week I really wanted to hold a medal at the end and now I’ve got one it feels pretty unreal. Just being able to play for Australia is something I cherish so much.”

Hijikata also played in the singles tournament – where he fell in three sets in the first round – and the mixed doubles event with New Zealand’s Valentina Ivanov.