Prize money, new player facilities and a host of attractions for fans are announced as the 2019 Australian Open is launched in Melbourne. 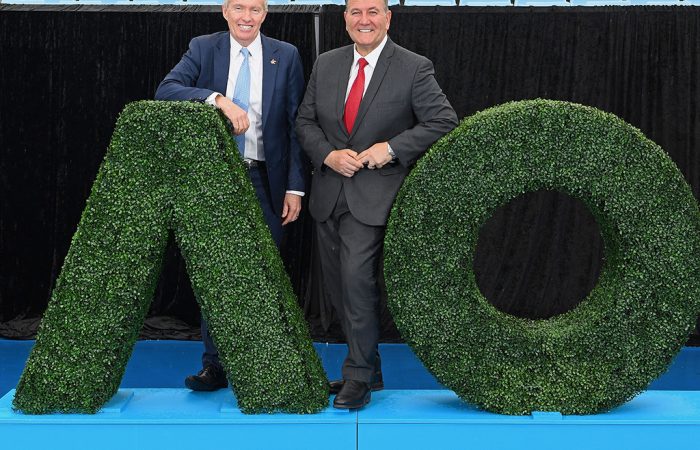 Renowned Australian artist Bradley Eastman, or BEASTMAN, created the stunning court mural on Show Court 3 as part of a global campaign to get people to RETHINK what they know about the Australian Open.

The design represents a futuristic and contemporary landscape featuring a range of blues – the colour of the Australian Open – and green for tennis balls and to bring nature into the court. The composition complements the geometry of the court layout, interjecting it with bold organic lines and patterns.

Craig Tiley confirmed all the stars of the Australian Open, the top 100 men and top 100 women, would be in Melbourne for the 50th anniversary of the tournament in January.

A range of initiatives were announced, including: