Barty through to Wuhan semifinals

Ash Barty comes through a close contest with Anastasia Pavlyuchenkova to reach the last four at the Wuhan Open. 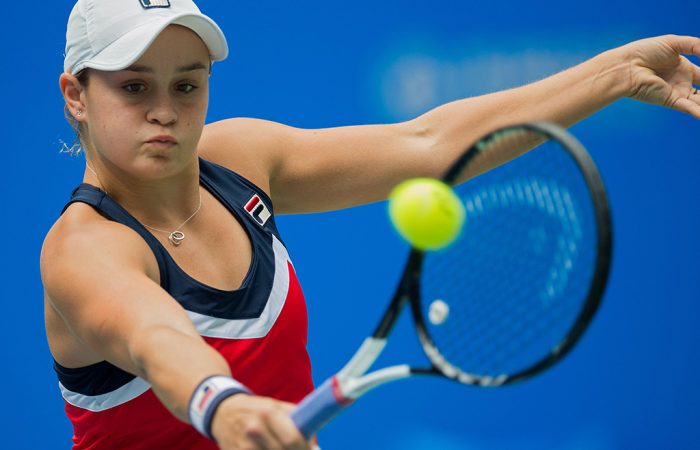 Ash Barty recovered from a break down in the deciding set to move through to the semifinals of the Wuhan Open.

Riding a wave of confidence after downing Wimbledon champion Angelique Kerber in the round of 16, the Australian moved past Anastasia Pavlyuchenkova in their quarterfinal, 6-2 5-7 6-4.

After breezing through the first set off the back of two breaks of serve, Barty was overwhelmed by the free-wheeling Russian towards the back end of the second.

Pavlyuchenkova also had the edge in the third set, serving with a 3-2 lead, but was immediately broken back as the Queenslander secured four of the next five games to take the match.

Last year's runner-up @ashbar96 is pleased – and a touch relieved – to have come through a tough quarterfinal against Pavlyuchenkova.#WuhanOpen pic.twitter.com/LwMNVKv01y

“I think I had opportunities the second set. I just let them slip. It was nice to be able to take a couple of my opportunities in the third,” said Barty.

“It’s just nice to be able to back up a result from last year. It’s obviously always in the back of your mind, worrying – not worrying about, but knowing you’ve played here well before gives you that extra confidence to come out and play freely.”

Barty, who is a defending finalist from 2017 at the tournament, will take Aryna Sabalenka in the semifinal.

Qiang Wang beat Monica Puig 6-3 6-1 in the the other completed quarterfinal.

A tournament victory in China would take Barty, currently No.17 in the world, to a projected career high of No.15 and above Serena Williams.