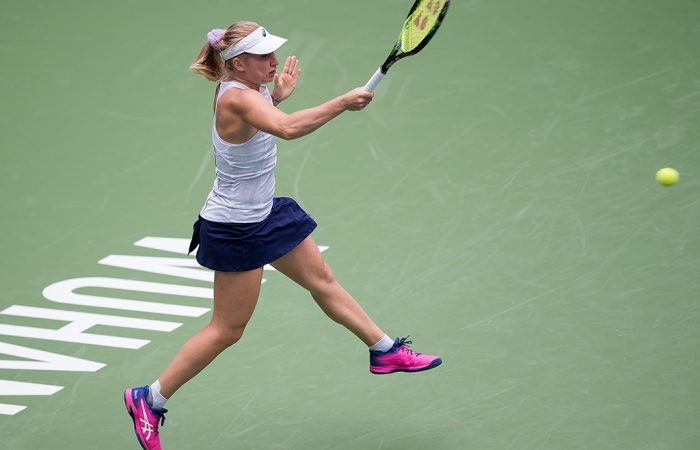 Daria Gavrilova and Ash Barty produced inspired performances on Monday at the Wuhan Open to reach the second round.

History repeating itself for @ashbar96 and Johanna Konta at the @wuhanopentennis! pic.twitter.com/m9IJsvRtPi

Barty, the 16th seed, beat the former world No.4 at last year’s Wuhan event en route to the final.

Her victory on Monday, achieved in one hour and 40 minutes, was her 40th match win of season 2018.

“I have amazing memories from this court, this tournament,” Barty said.

Barty will next face China’s Zheng Saisai, while Gavrilova has set up a second-round meeting with Czech Barbora Strycova.

"I took my chances!"

“I thought I played a very solid match and I took my chances, and I was trying to be aggressive,” Gavrilova said after her victory over the 10th seed.

Later on Monday, also in China, Bernard Tomic scored a three-set win to reach the second round of the Chengdu Open.

Then Queenslander has won 10 of his past 12 matches and could next face either No.5 seed Gael Monfils or South Africa’s Lloyd Harris.