Stubbs: US Open a stepping stone for Barty

Former doubles world No.1 Rennae Stubbs believes Ash Barty's first Grand Slam doubles title at the US Open will have a hugely positive impact on her singles game. 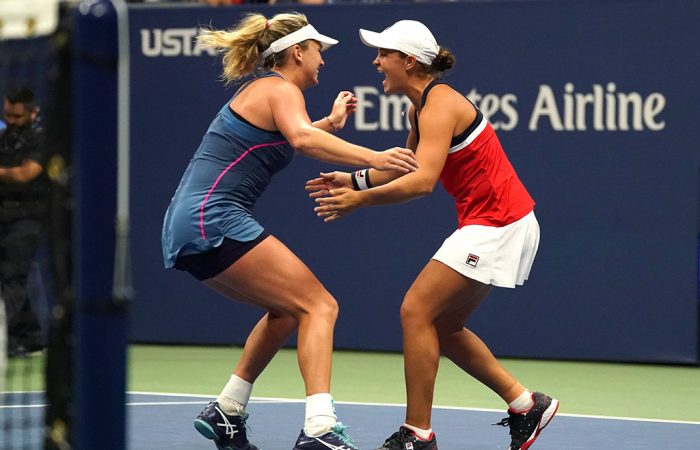 Ash Barty’s singles game only stands to benefit from her Grand Slam breakthrough in doubles at the US Open.

That’s the view of Barty’s countrywoman Rennae Stubbs, a former world No.1 in doubles herself who watched Barty combine with CoCo Vandeweghe to win her first major title.

It capped a successful fortnight for the Queenslander in New York, who walked away with more than $1 million in prize money after also reaching the last 16 in the singles event.

“It gives her a tremendous amount of confidence to walk out on the court,” Stubbs said of the 22-year-old, now ranked No.7 in doubles and 17th in singles.

“There’s been obvious (examples of) players that have done really well in doubles and won Grand Slams and have gone on to do very well in singles. So there’s no question it helps Ash to play on the big courts and on big stages.

“I mean it was packed (at Arthur Ashe Stadium). And it was a very pressure-packed match in the final and it could have gone either way – they were down match point. You have to learn to play under those circumstances and she did that beautifully.

“She had a great US Open (in singles), she made the round of 16. She’s knocking on the door for a quarterfinal and that will come. Over time she’ll keep getting those results.”

One of the few players simultaneously ranked in the top 20 for singles and doubles, Barty’s partnership with Vandeweghe has proven to be a fruitful one.

In just their second event together they won the Miami Open title and they have now won 13 of their 17 matches as a duo.

“They do everything really well – they serve well, they return well, they volley well. They know how to play doubles,” Stubbs observed.

“CoCo’s very positive and kind of bubbly and outgoing, and Ash is super quiet and very down-to-earth on the court. So they both need each other – their personalities gel well together and that’s what really important in doubles.”