Australia will give everything when they face Austria on clay in the Davis Cup, says captain Lleyton Hewitt. 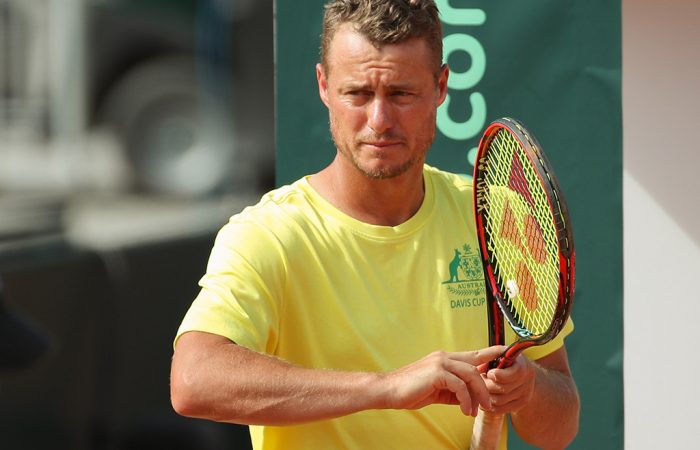 Lleyton Hewitt is ready for the unexpected when Australia take on Austria in the Davis Cup from Friday.

The Aussie captain has selected Jordan Thompson for the opening singles rubber against Dominic Thiem, with the world No.111 stepping in for John Millman, who is not fully recovered from his remarkable run to the US Open quarterfinals.

Thompson only made his Davis Cup debut last year but has already built a 3-1 record in the competition, including a notable win over top-20 player Jack Sock.

NEWS: Thompson to open for Australia against Thiem

“I’ve played this competition for so many years and it never goes according to plan,” said Hewitt.

“We expect a really tough battle. We’re happy to be here, always happy to play in the green and gold and will wear it with pride this weekend. I know one thing, whatever happens this weekend I’ll be bloody proud of these boys.”

French Open finalist Thiem will pose a huge challenge, however, back on his his favourite clay surface after reaching the US Open quarterfinals.

“I had three days off and on Monday I came back and started practising and the clay is a little bit more comfortable for the body so everything’s fine,” Thiem said.

“For me a home tie in Davis Cup is one of the biggest occasions of the year. I’ve played some at home but not in front of such a big crowd. I hope we can give the fans a win.”

It is five years since Australia won a tie on clay – a 4-1 win in Poland – but the captain is happy with the playing conditions in Graz.

“It’s never easy putting a temporary clay court down – this is the first time we’ve played on a temporary outdoor clay court,” said Hewitt, who could yet feature in Saturday’s doubles, with nominations open to change up until one hour before play starts.

“I think it’s been prepared as well as possible and we couldn’t be happier, we’ve been very welcomed here in Graz, but we’re here to do a job.”

The surface certainly favours the home side, but Hewitt has faith that his team will give everything in the last tie under the traditional format, before the Davis Cup switches to an end-of-season finals event in 2019.

“For me this is what Davis Cup is all about, home-and-away ties and us coming here as a close-knit unit,” added Hewitt.

“We’re looking forward to going out there and having a fantastic battle on a great stage.”

Thompson: “He’s clearly the favourite – he’s a top-10 player, his favourite surface is clay, he made the final of the French Open, so I’m definitely the underdog and he’s the favourite. It’s going to be tough in his backyard.

“Every time I’ve played Davis Cup I’ve been the underdog and I’ve played my best matches at Davis Cup, so it’s not a bad thing.” 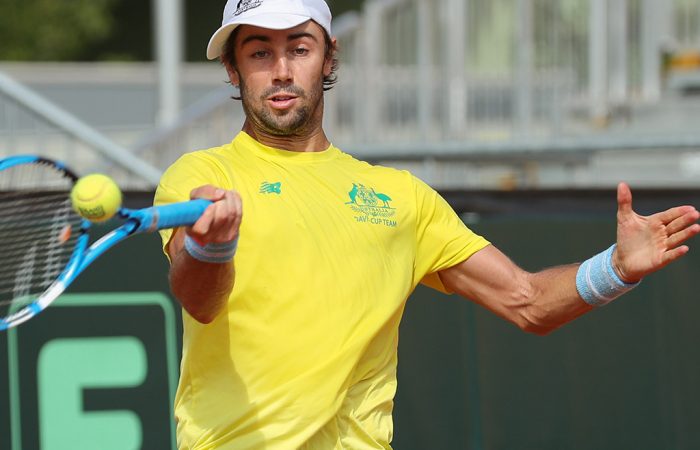 De Minaur: “He’s had a great year, some great results, and it’s going to be a very tough match. I’m really looking forward to going out to battle tomorrow and just leaving it all out there.

“I’ve really enjoyed playing on this court. I think it’s a very good court, just looking forward to going out there, competing, having a grind and playing for your country.”

Peers: “Tommo and I played really well last time on clay in Belgium so we’ve got a lot of confidence going in together, we’ve done a lot of work over the last year or two in the Davis Cup squad together.

“I’m really looking forward to getting out there on Saturday and putting our best foot forward. I know them really well; Ollie has had a really good year and definitely dominated the first half of the year in doubles, and Jurgen has been the heart and soul of the team for years.”