Barty beats Safarova to reach US Open third round

For the second straight year, Ash Barty has advanced to the last 32 at the US Open, where she could face two-time Grand Slam champion Garbine Muguruza. 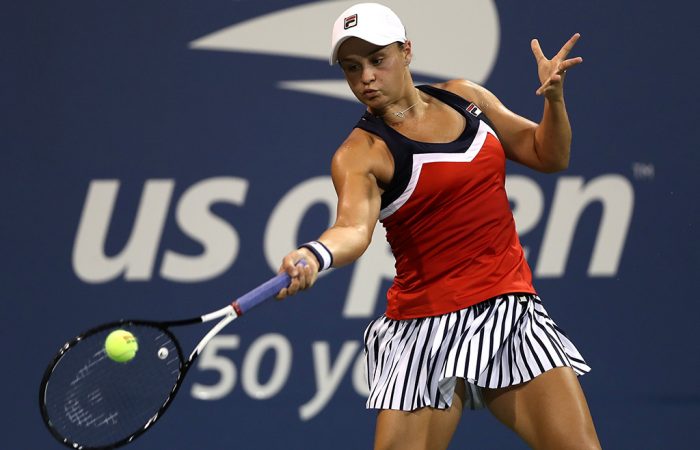 Ash Barty overcame a bizarre mid-match stoppage to safely advance to the third round of the US Open for the second straight year.

Barty’s cunning court craft and clutch serve was too much for Lucie Safarova, with Australia’s top-ranked player taking out the 2015 French Open finalist 7-5 6-3 under lights at Flushing Meadows.

Barty had as much trouble dealing with a malfunction with the on-court PA system as she did with her erratic Czech opponent, a former world No.5.

The 18th seed blasted 10 aces and won 86 per cent of points after landing her first serve while breaking Safarova three times either side of a strange noise disturbance late in the first set.

Play was halted for more than seven minutes as an unnerving sound bellowed through the PA system immediately after Barty was broken while trying to close out the set at 5-3.

The two players – as well as fans in the stands – spent much of the interruption with their fingers in their ears as officials worked frantically to rectify the problem.

“It was very strange. I don’t think Lucie and I have ever come across anything like that before,” a bemused Barty said.

The pair could barely hear the tournament referee trying to explain the seemingly unexplainable during the hold-up.

“(The referee) came out and told us that they called the sound guys and they had no idea what it was or didn’t know how to fix it,” Barty said. “So we were hoping it didn’t go on for too long.”

When play finally resumed, Safarova held to love to draw level at 5-5 only to drop serve in the 12th game with a flurry of unforced errors to hand Barty the first set.

It was one-way traffic in the second as Safarova’s mistake-rate mounted, leaving Barty to prevail on her third match point.