Barty, Gavrilova cruise into US Open second round 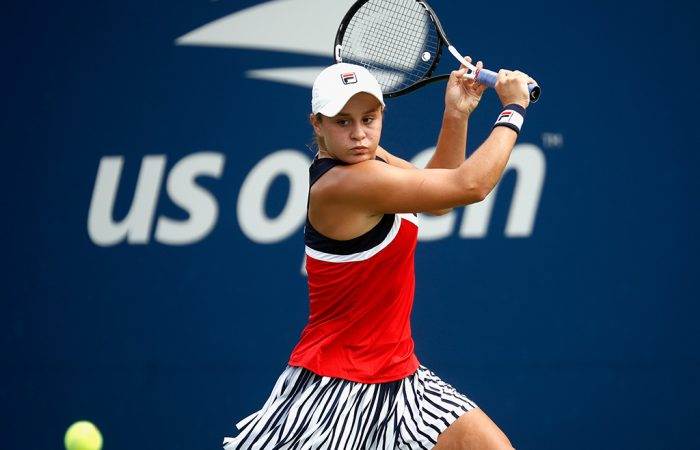 Ash Barty is steeling herself for an early test of her US Open title credentials after making an impressive start against Tunisian qualifier Ons Jabeur.

As world No.1 Simona Halep suffered a shock defeat in New York’s brutal heat, Barty likened the muggy conditions to being back home in Queensland after storming past Jabeur 6-1 6-3 in just 65 minutes.

The win set up a second-round date with former Grand Slam finalist Lucie Safarova, one of the most dangerous unseeded players in the draw.

Later on Monday, Daria Gavrilova crushed Sara Sorribes Tormo 6-0 6-0 in just 51 minutes to join her compatriot in the second round.

Like Barty, Gavrilova faces a tough second-round test – hers comes in the form of Victoria Azarenka, the former world No.1 who beat Viktoria Kuzmova 6-2 7-5 in her opening match.

“It’s going to be really exciting and hopefully I get to play on a big court,” Gavrilova said.

“I’ve never played Vika. I’ve always wanted to practice with her at least but that never actually happened either.

“I’m really looking forward to it. I really like the way she goes about her tennis and her career.”

Gavrilova, the 2010 US Open junior champion and seeded No.25 this year, arrived at Flushing Meadows frustrated at having won just one match in six subsequent appearances in the women’s draw.

And it was obvious from the outset she was on a mission, conceding just 12 points in the opening set.

She was even more ruthless in the second, dropping a meagre four points to clinch the most one-sided victory of her Grand Slam career. 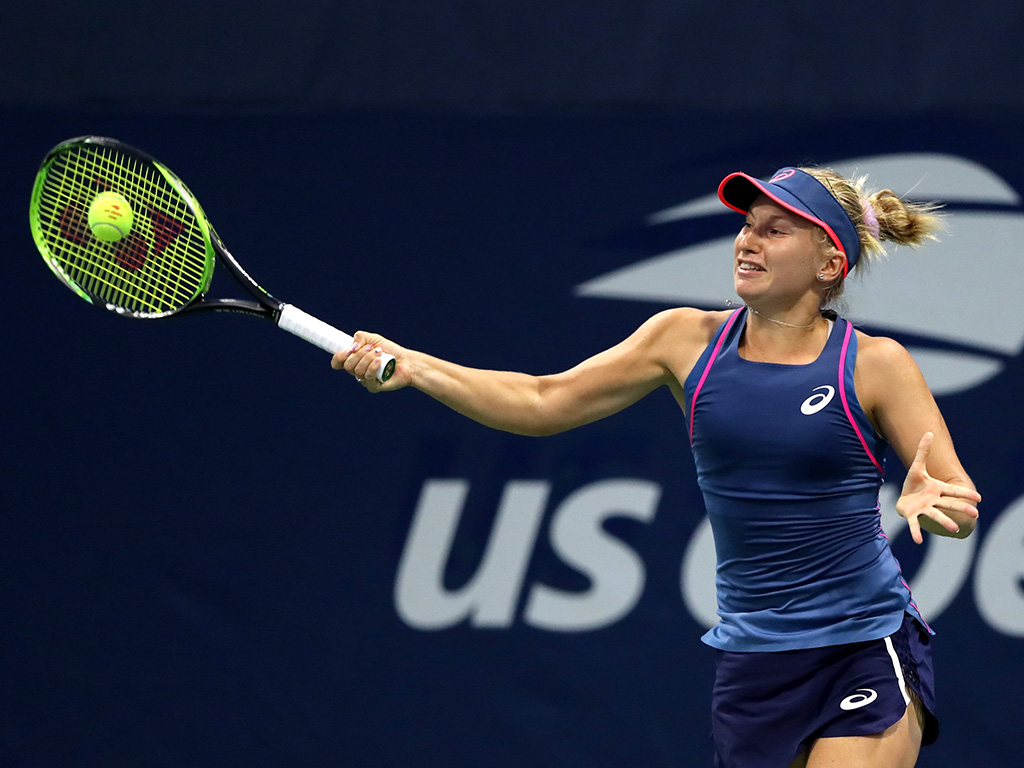 Not since Kristine Radford at Wimbledon in 1994 has an Aussie accomplished the “double bagel” feat, which hasn’t happened at any major since Caroline Wozniacki clubbed Francoise Abanda without dropping a game at last year’s French Open.

“Too good,” Gavrilova beamed. “I played really well. I had a really aggressive mindset. I really brought it in the right times today.

“I was really dictating with my forehand a lot and it felt like I was holding my court position a lot better than some of my previous matches.”

It’s the most emphatic win of her eight-year pro career.

Barty, still recovering from a lingering virus that forced her withdrawal from last week’s lead-up event in New Haven, said it was vital to set the tone early against her one-time junior doubles partner.

“I’ve known Ons since we were very young and knew what she’s capable of,” Australia’s 18th seed said.

“She’s a very exciting player, has a lot of shots and has the ability to take the game away from you. So it was important that I made her play a lot of balls today and really work for every point.

“Obviously it’s pretty brutal conditions out there; nice and warm and humid and pretty energy-sapping really, a bit like Brisbane to me.”

Barty’s win was her eighth from 10 matches over the American summer, her only two losses coming against world No.1 Halep.

A victory on Wednesday could set up a third-round showdown with two-time major champion and former world No.1 Garbine Muguruza.

But world No.17 Barty is not looking beyond Safarova.

She has never played the Czech in singles but hopes her successful doubles partnership with Casey Dellacqua will equip her for the challenge of facing a left-hander.

“Obviously it’s a little bit different. There aren’t too many lefties but I’ve hit enough balls with Casey in my life so it’s pretty normal for me as well,” Barty said.

“I’ve returned a lot of her (Dellacqua’s) serves and played Lucie in doubles a bunch of times too, so her game is quite familiar.

“She’s obviously familiar with me as well. It will be extremely tough.”