Ash Barty is through to the semifinals of the Coupe Rogers after a dominant performance against Kiki Bertens. 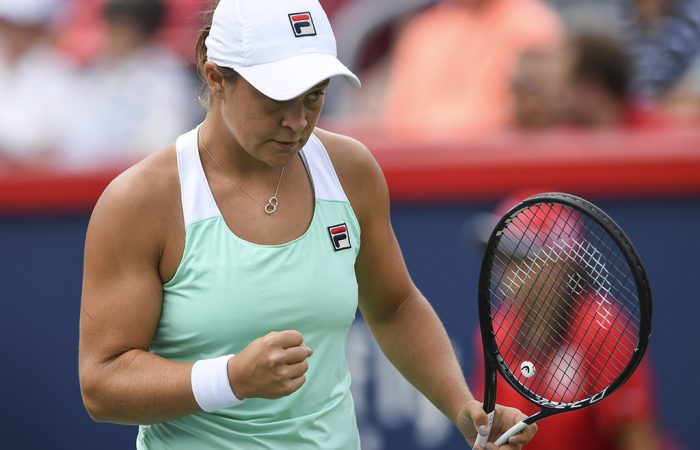 Australian No.1 Ashleigh Barty is just one match away from a maiden Coupe Rogers final appearance after defeating Belgian Kiki Bertens in straight sets.

Barty dominated the nervous world No.18, who made 31 unforced errors, to close out the quarterfinal 6-3 6-1 in just 55 minutes.

The world No.16 broke Berten’s serve fours times and never faced a break point to book her first-ever semifinals appearance in Canada.

“It was really tricky conditions…and we were both struggling a little,” Barty said in her on-court interview.

.@ashbar96 books her place in the @CoupeRogers semifinal!

“I’m very happy to come through and get a little bit better during the match.”

Aside from her surprise second round exit from Wimbledon last month, the 15th seeded Australian has now won eight of her last nine matches on hard courts.

Barty also leads the WTA in grass-court wins and will be looking to translate that dominance into her third final of the season.

She will face either world No.1 Simona Halep or French sixth seed Caroline Garcia in the semifinal.

The good form continued for Barty on the doubles court as she and Demi Schuurs of the Netherlands beat Shuko Aoyama and Lidziya Marazova 6-2 6-4 to reach the semifinals.